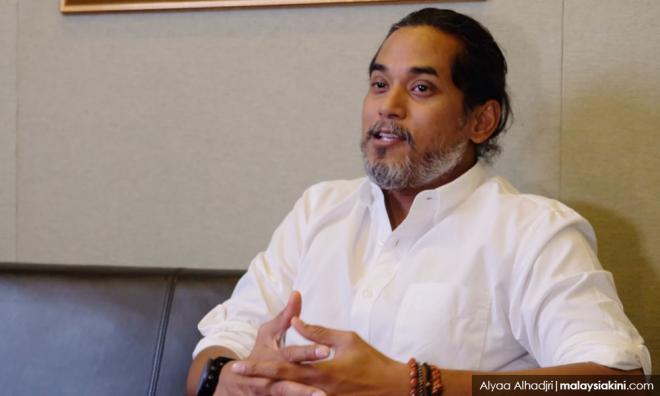 Khairy: Don't treat us as outcasts for speaking out

Rembau MP Khairy Jamaluddin said he had spoken up against former prime minister Najib Abdul Razak as the chairperson of BN’s advisory board for the party's own good.

“To the party leaders, do not treat us like wild beasts cast out by the pack (binatang jalang yang dibuang dari kumpulannya),” Khairy said, quoting from an Indonesian poem.

He said this during his speech at the Padang Rengas Umno delegates’ meeting today.

“Maybe we do not have any positions, but we are not traitors who will leave the party and cross over to Pakatan Harapan.

“What we are saying is only for the benefit of the party because we do not want the old culture to repeat itself,” he added.

On July 10, Khairy had said he was unhappy about the decision to appoint Najib as the chairperson of BN’s advisory board.

Meanwhile, Nazri described Najib’s appointment as a step backwards and said this development is not beneficial to Umno.

“We accept that he (Zahid) had returned to carry out his duties as the president, but do not repeat the mistakes of the past.

“When there is criticism, do not ignore it. When there is the sentence ‘yes boss’, those are just sweet nothings (halwa telinga). If that is the culture in Umno, then there is no hope for us in the 15th general election.

“Nazri and I, even though our mouths may sometimes be like lasers, if you take us apart, Umno is in our blood,” Khairy said.

On July 9, Najib was unanimously appointed as BN’s advisory board chairperson where he will assist BN in restoring the people’s support in the coalition.

politics
umno
khairy jamaluddin
najib abdul razak
Related Reports
Wee: Najib-led board advises but BN supreme council has final say
a year ago
'Suddenly I'm not so happy where I am' - KJ strides off after query on Najib
a year ago
Ex-loyalist Nazri calls Najib's appointment as BN adviser 'regressive'
a year ago
'Give him a chance' - Opposition leader says of Najib's new gig
a year ago