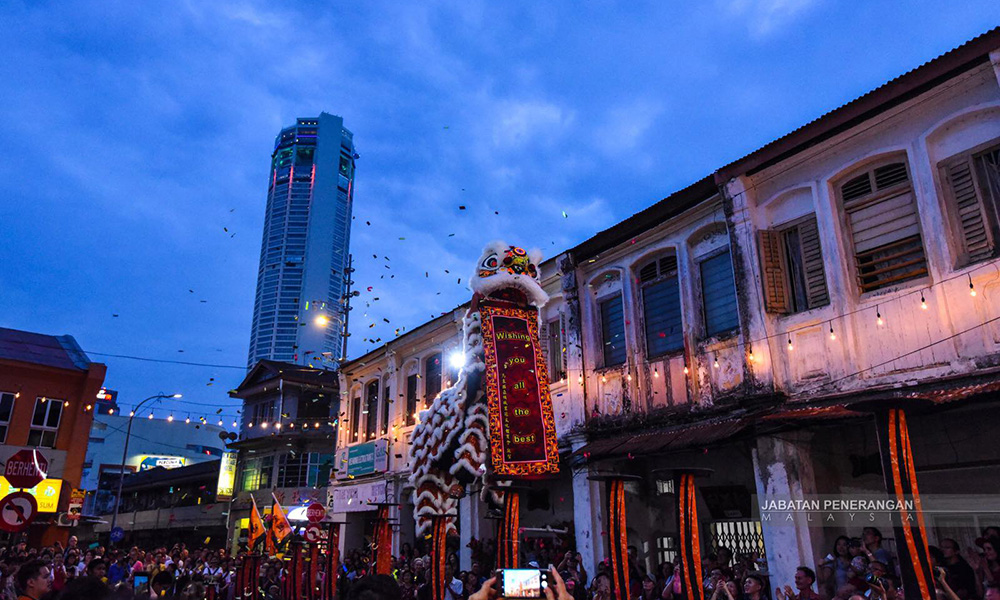 Making a product of the past: Heritage, tourism and gentrification

COMMENT | We Malaysians take massive pride in our heritage and culture. After all, we have long been surrounded by narratives valourising our nation’s cultural legacies.

Local media industries frequently churn out content that reiterates the uniqueness of our culture, be it through comics, newspaper editorials, documentaries or food and travel shows.

The popularity of movies like The Journey functions to flatter older segments of the population, positioning their histories and lifestyles as objects for older people to take pride in, and for younger people to learn from.

The depth with which Malaysians believe in the value of our heritage is evident in how issues like crispy rendang can dominate local conversation for days.

Undeniably, this reverence for our heritage has its advantages. Its most immediate benefit is that it helps to construct a common national identity that is distinct from all other nations.

It helps social cohesion, strengthens our sense of community, and facilitates patriotism. When we uphold our heritage, we indicate a form of resistance to the culturally homogenising forces of globalisation and modernity.

Our heritage and history also bring us commercial benefit. Our cultural legacies are easily and often leveraged as an attraction for potential tourists, both domestic and international.

According to the Statistics Department's 2017 Tourism Satellite Account, the tourism industry – which turns largely on cultural tourism – represented a share of 14.9 percent of the economy, while contributing to 23.2 percent of total national employment.

The commercial benefits that our heritage can create are circled back to itself – revenue generated from the industry can be further channelled into heritage conservation projects, thereby helping to slow down its decay, and reducing the need to erase and redevelop historical areas for the sake of economic growth.

Even from young, topics of Malaysian culture and the tourism industry feature as common essay topics for school students in language classes.

This effectively ensures that students possess the vocabulary for articulating just how much faith they have in all the socio-economic benefits that heritage conservation and the tourism industry bring to our nation.

It is here, then, that we should ask: to what extent do these benefits justify the ‘selling out’ of our heritage and culture?

The ever-growing hordes of tourists in Malaysian heritage sites create economic imperatives for the creation of tourist infrastructure.

There is a greater market demand for infrastructure such as hotels, trinket shops, food places that serve exclusively local dishes – anything that can serve as a convenient symbol of local culture for tourists.

This increase in infrastructure increases the amount of revenue extractable from tourists.

However, this comes at the cost of commercial displacement, as residential areas and public spaces are transformed into spaces for entertainment and consumption for tourists. It may even lead to self-exotifying efforts that misrepresent local identities.

The heritagisation of an area pushes up property prices, leading to demographic shifts as older communities displace themselves from their homes.

As a result, the area becomes more and more gentrified by commercial tourism, and the place becomes less a place of culture and history than a place of consumption.

Unesco heritage site designation purports to prevent such decay, but even then the effects of such branding are limited.

A quick, informal survey of local communities in places like George Town and Malacca will reveal some of the common ailments of tourist-driven gentrification – overcrowding, audio and visual pollution, and even social dissociation.

Such social factors contribute to the local communities’ feelings of dissatisfaction with their place of residence, diminishing the soul and passion which characterises so much of a place’s culture.

Using the example of Penang wall art, we can argue that this process of tourism gentrification is accelerated through the proliferation of social media usage.

It has often been said that the mediasation of modern tourism has largely rendered the act of travelling as a search for the ‘photogenic’.

As images captured at specific sites of specific objects are circulated on social media, the popularity of these images functions to concentrate attention onto those specific sites, eventually drawing more people to visit those areas and exert the pressures of tourism.

People become more and more fixated on the visual, aesthetic aspects of a community’s culture, thus facilitating a more materialistic understanding of heritage.

Hence, the over-commercialisation of our heritage homogenises the landscape, running the risk of diluting the heritage we have now.

We end up leaving little of our cultural legacies for subsequent generations. Then, the only understanding they will have of the cultures before them will be commodified and banalised.

XINDEE TAN is a student, seeking to engage in more critical discussions of societal issues. In her free time, she enjoys exploring the social sciences, music, and participating in internet culture.