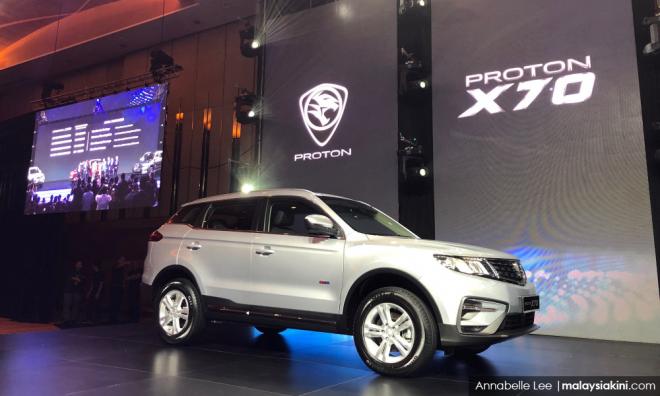 Bahrain has expressed an interest in importing Proton's latest model, the X70.

Entrepreneur Development Minister Mohd Redzuan Yusof said he found during his recent working visit to Bahrain, that the country was keen on strengthening bilateral relations, and Proton could benefit from this.

"Besides Bahrain, Proton can also look to enter the East European market," he said after the launch of Koperasi Harapan Bhd (KHB) today.

Redzuan said he had conveyed Bahrain's interest to Proton Holdings and it was up to the company to pursue the matter.

"As entrepreneurs, we have to think of how to tap the overseas market and benefit from it," he added.

Meanwhile, on the launch of KHB, he said it would create healthy competition among Angkatan Koperasi Kebangsaan Malaysia Bhd (Angkasa) members.

The e-wallet is expected to be launched in three months time pending approval from relevant authorities, including the Securities Commission and Bank Negara Malaysia.

Redzuan also said KHB had proposed an entrepreneurship college to boost the quality of young entrepreneurs in the country.

"We have about 6.5 million co-op members nationwide. I believe this will benefit the whole community and boost the contribution towards building the nation's economy," he added.