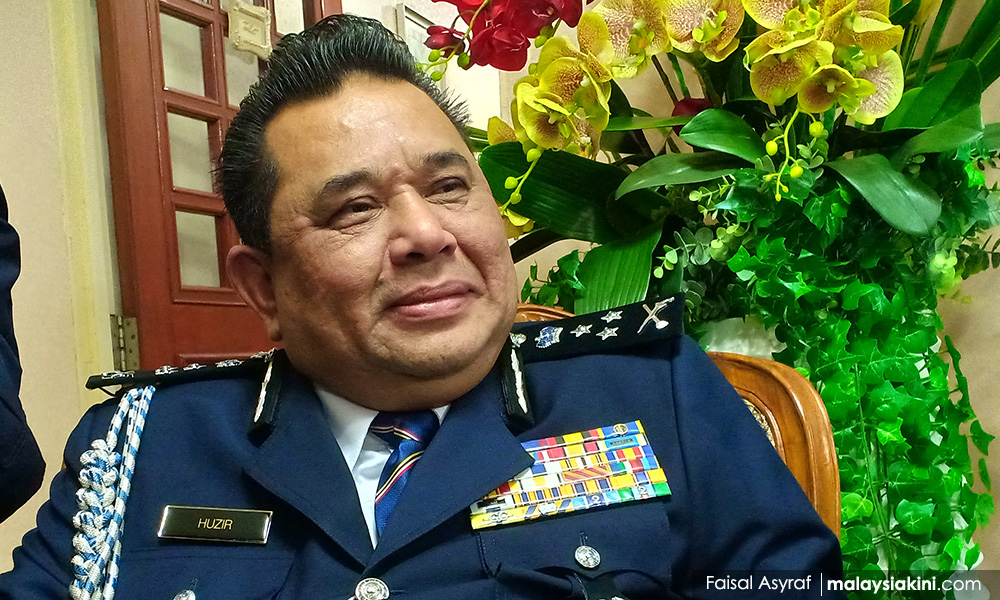 CyberSecurity Malaysia has furnished the police with a report on the identities of the two men in the sex video implicating Economic Affairs Minister Azmin Ali.

However, federal CID director Huzir Mohamed, who confirmed this, declined to reveal details of the report.

"We are going to discuss the matter with the Attorney-General's Chambers.

"It is for the courts to decide who is captured in the video," he told reporters after launching a vehicle theft prevention campaign in Kuala Lumpur, according to Star Online.

Former premier Najib Abdul Razak, who himself was accused of fabricating a sodomy charge against PKR president Anwar Ibrahim in 2010, decided to wade into the latest development albeit in sarcastic fashion.

“Police have received a report on the authenticity of the video and the identities of the actors but do not want to reveal (details).

“Perhaps it is a big secret which may jeopardise national security,” he added.

Earlier, Anwar, who has faced two sodomy accusations in the past two decades as well as being implicated in a sex video with a woman, said people wanted to know if the latest video is authentic.

The PKR leader, who has always maintained that all the sex-related charges against him were trumped up by his political rivals, said people also wanted to know who circulated the video.

Several clips from the video were first circulated through Whatsapp groups by anonymous individuals.

After the first clip was released, former Santubong PKR Youth chief Haziq Abdul Abdullah Azizconfessed to being one of the men in the video.

He claimed that the other individual was Azmin and that their alleged sexual encounter was recorded without Haziq's knowledge in the minister's hotel room in Sabah during the Sandakan by-election in May this year.

Yesterday, police remanded Haziq and five others for six days to facilitate investigations into the video's circulation.

Azmin, who is also PKR deputy president, has described the video as a nefarious attempt to ruin his political career. He is also convinced that it was an inside job.

sex video
police
Related Reports
Anwar: People want to know if sex video real, who circulated it
a year ago
Cops closing in on viral sex video 'mastermind'
a year ago
'Azmin loves Haziq' and 'Azmin for PM' banners in Putrajaya
a year ago