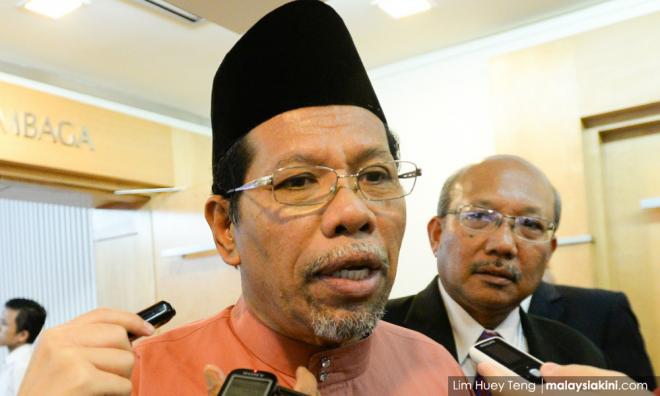 Former Kuala Lumpur mayor Ahmad Phesal Talib (photo, above) today told the High Court that land belonging to Kuala Lumpur City Hall (DBKL) could not be sold without the consent of the Federal Territories Minister.

The witness, who is currently Education Service Commission Malaysia deputy chairman, said under Section 101(1)(r)(i) of the Local Government Act 1976, local authorities had the power to sell, lease or dispose of any of their movable or immovable properties.

Testifying on the seventh day of Tengku Adnan Tengku Mansor's corruption trial, he added, there were not to be under the provision, any sale or alienation of immovable property without the consent of the state authority.

"Under Section 2 of this act, the interpretation of state authority is in relation to Federal Territory, meaning the minister responsible for the local government (who at the time was Tengku Adnan)," he said when reading out his witness statement.

Ahmad Phesal, who served as KL Mayor from July 18, 2012, to July 17, 2015, said after Tengku Adnan consented to any DBKL land being sold, the Economic Planning & Coordination Department would prepare the offer letter to the developer with conditions on the sale and development of the land.

"This land was developed for affordable housing in line with the ministry's key performance indicator to complete 80,000 units of Federal Territory Affordable Housing Project within five years before the 14th general election," he said.

He said Aset Kayamas applied to purchase two DBKL plots in Bandar Tun Razak for the same purpose but was rejected as DBKL had its own plans on the land.

"I held further discussions with Tengku Adnan, and I was directed by the minister to bring the DBKL land purchase matter to the One Stop Centre (OSC) meeting.

"At the preliminary discussion, we agreed that part of the 0.5 acres of land should be allocated for the construction of a hostel," he said.

Ahmad Phesal said prior to bringing the matter to the OSC meeting, he broached the subject at the DBKL Pandu Privatisation Projects meeting on April 27, 2015, which decided there would be no objection to the sale of the two plots after all.

Asked by Julia on who chaired the Pandu meeting, Ahmad Phesal replied, "I did".

He said the matter was brought to the OSC special committee meeting chaired by Tengku Adnan on May 14, 2015, which decided to approve the proposal for the development of affordable housing, freehold houses and DBKL hostel on both plots of land with some technical conditions to be met.

Tengku Adnan is accused as a public servant, namely Federal Territories Minister, of accepting RM2 million from Chai via a Hong Leong Islamic Bank cheque belonging to Aset Kayamas which was deposited into the CIMB Bank account of Tadmansori Holdings in which he had an interest, and full knowledge of Aset Kayamas' connections with his official duties.

The charge under Section 165 of the Penal Code provides for a jail term of up to two years or fine or both, on conviction.

The hearing before judge Mohamed Zaini Mazlan continues this afternoon.