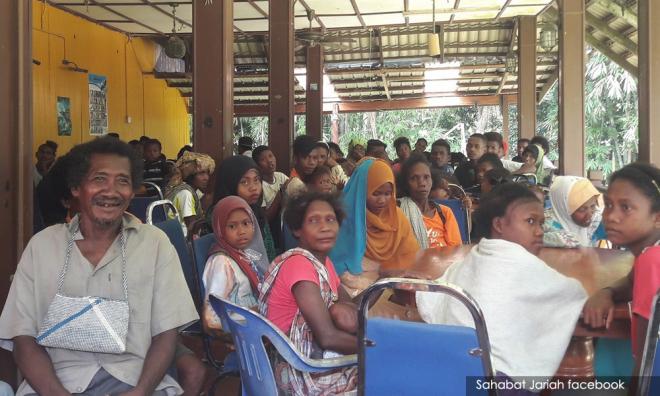 The Orang Asli Development Department (Jakoa) is expecting more than 300 participants to join the Kampung Kuala Koh gotong-royong programme, which is scheduled to start at 8am this Thursday.

Kelantan/Terengganu Jakoa director Hashim Alang Abdul Hamid said the Bateq Orang Asli village should be cleaned up to prevent a recurrence of measles which resulted in 15 deaths, while 112 victims received treatment at Gua Musang Hospital and Kuala Krai Hospital since early May.

He said the decision to hold the gotong-royong was reached during yesterday's meeting, and 11 entities including non-governmental organisations agreed to support the event, which is regarded as the biggest of such efforts.

"We are glad that many parties have agreed to help clean up the houses and village of the Bateq Orang Asli in Kuala Koh," he added when contacted today.

Those receiving treatment at both hospitals have been discharged and quarantined in the temporary relief centre (PPS) at Taman Etnobotani, Gua Musang before being allowed to return home once they have fully recovered.

He said in the last four days, five of the 173 Orang Asli at the PPS were allowed to return home after a medical examination found they had fully recovered from measles.

"Maybe the rest of them will be allowed to go home in stages later when their health improves," he added.