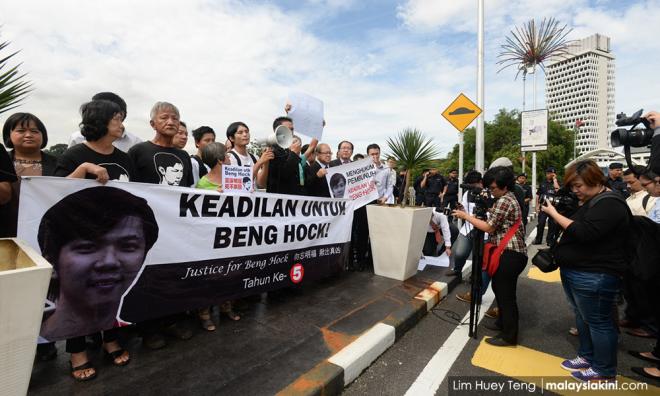 SPECIAL REPORT | Every year, a song is sung during the memorial held for the late Teoh Beng Hock.

On July 15, 2009, Teoh, an aide to Seri Kembangan assemblyperson Ean Yong Hain Wah, was taken to the Selangor headquarters of the MACC, then located at Plaza Masalam in Shah Alam.

The next day, the 30-year-old was found dead on the fifth-floor corridor of the building. His death sent shockwaves across the country...