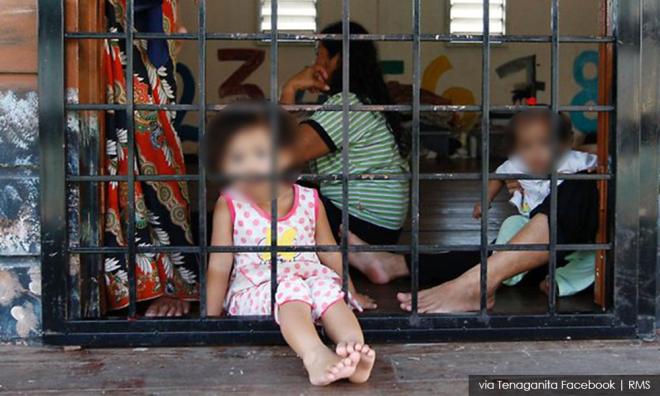 Alternatives to keeping children in detention

COMMENT | Suhakam repeats its call to the government to stop the detention of children, regardless of their status or documentation, as it contravenes the Convention on the Rights of the Child to which Malaysia is a signatory.

Suhakam is dismayed to note that there are 363 children aged 12 and below in detention centres nationwide.

Immigration Department director-general Khairul Dzaimee Daud’s statement that the Bukit Jalil Immigration Detention Centre is child-friendly is insufficient in addressing the underlying issues behind the detention of children.

Child-friendly facilities within detention centres are not the answer, and can never be in the best interest of the child.

Despite proposals by Suhakam in 2015 to the government on ways to operationalise alternatives to detention (ATD) for unaccompanied and/or separated children (UASC) in immigration detention, the recent statement by Home Minister Muhyiddin Yassin that the Home Ministry is in talks with the Women, Family and Community Development Ministry to implement a pilot project called ‘Alternative to Detention’ that the government had agreed in principle to provide funds for, Suhakam has not been informed of any progress on this matter.

Suhakam recalls our previous appeal to the home minister in 2018 to implement the ATD Pilot Project, to which he had agreed.

Suhakam calls on the government to implement a pilot on ATD without delay to assess the viability of having such an arrangement and to ensure that children are never detained.

Suhakam urges the responsible authorities, in this case, the Immigration Department and the Social Welfare Department, to take appropriate actions to provide access to lawyers, UNHCR and families to assist the release process, and for UASC to be placed under the ATD pilot.

We have good examples close to home. Thailand has a successful pilot project and Indonesia has a no-children detention policy.

The Thai government has signed an intergovernmental memorandum of understanding which acknowledges that any detention period should be as brief as possible, and that children should only be transferred into privately-run shelters or government custody as a measure of last resort.

As of May 2019, there are no children left in immigration detention centres in Indonesia, with alternative accommodation being provided to 148 unaccompanied and separated children.

Indonesia's 2016 Presidential Decree on the treatment of refugees and asylum seekers in Indonesia allows for the placement of children (as well as pregnant women and sick people) into community housing facilities, instead of immigration detention.

Children, regardless of their status, are vulnerable and they should be protected against discrimination and all forms of neglect and exploitation.

It is our responsibility to ensure that they can enjoy the same rights to basic education and to be protected in line with the National Child Policy.

Suhakam reiterates that providing children with education can go an incredibly long way towards improving their prospects, empowering them and promoting a self-reliant future.

SUHAKAM is the human rights commission of Malaysia.