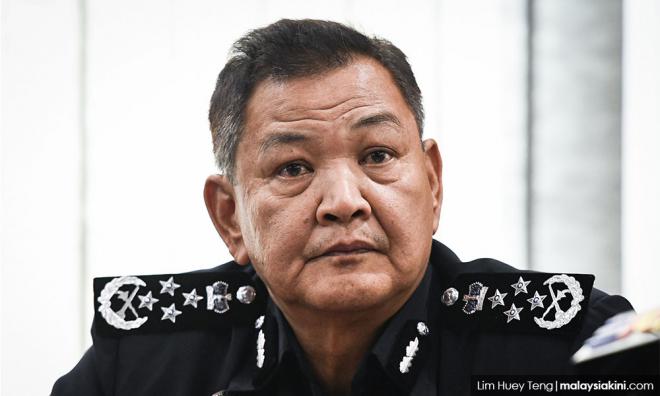 The facial recognition process conducted with regard to a sex video implicating Economic Affairs Minister Azmin Ali is negative, according to Inspector-General of Police Abdul Hamid Bador.

“The outcome of the facial recognition process is negative and it cannot link the 'pelaku' (person) in the video to the 'individual mentioned',” he added in a statement this evening.

However, Hamid did not specify if this meant Azmin is cleared of any wrongdoing.

The police chief also said Cybersecurity Malaysia has found that it is “highly probable that the video is authentic.”

Earlier, Malaysiakini reported Hamid telling an RTM talk show that CyberSecurity confirmed the video is authentic but could not ascertain the identities of the two men recorded engaging in sexual acts.

Last month, a series of sex videos featuring two men were circulated by anonymous persons to politicians and journalists.

Azmin dismissed the video as slander and an attempt to destroy his political career. He also alluded that it was an inside job.

Police have arrested several individuals, including Haziq and an aide to Anwar, to facilitate investigations into the sex video.

They are being investigated under Section 292A of the Penal Code which concerns the distribution of obscene material, punishable by up to three years' jail or a fine or both.

They are also being investigated under Section 233 the Communications and Multimedia Act 1998 which concerns the improper use of network facilities and which carries a fine of up to RM50,000 or up to one year's imprisonment or both.

Anwar had said the investigation should not only focus on the circulation of the video but also its authenticity.

He added that if the video is proven to be true, Azmin should resign. Azmin had fought back, telling Anwar to look in a mirror.