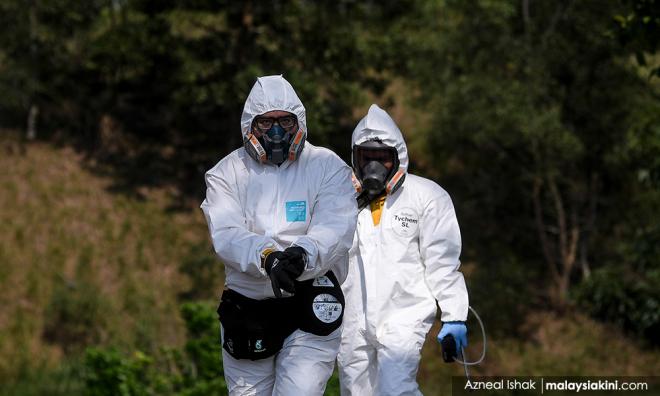 Thirteen SK Linggi students in Port Dickson, Negeri Sembilan were rushed to the hospital complaining of nausea, vomiting, and dizziness.

They are receiving treatment at the Port Dickson Hospital after being suspected to have inhaled pesticide fumes.

The case is believed to be due to the pesticides poisoning exercise of a chilli farm near the school.

"Before the test, a poison odour permeated the air, but while answering the question, the pungent smell was more pervasive. The whole examination hall had an overpowering stench.

"After the test, we started to feel dizzy, nauseous and felt like vomiting. The teacher told us to go to the canteen for a check-up because the nurse had been called to the school," she told Bernama today.

"This is the first time I have experienced this and after inhaling the toxic fumes, all my classmates suffered from dizziness and shortness of breath," she said.