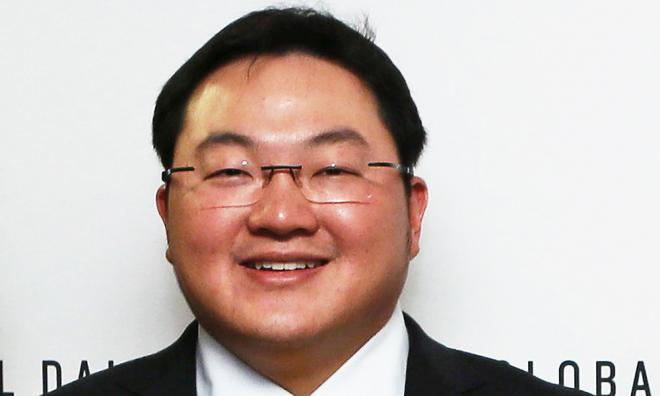 First mention of Jho Low in Najib's trial this week

This week, the name of fugitive businessperson Low Taek Jho was mentioned directly for the first time in Najib Abdul Razak’s SRC International Sdn Bhd trial, to link his relationship with the former prime minister.

The trial also raised questions as to where the RM42 million in Najib's accounts came from.

Witnesses revealed that they did not know how the money had flowed into Ihsan Perdana Sdn Bhd's account, and how Najib spent RM3.3 million in just one day in luxury jeweller De Grisogono in Italy.

Here are some of the witnesses’ testimonies given this week.

Senior vice-president of AmBank in charge of credit card authorisation and fraud management Yeoh Eng Leong (photo) revealed that two credit cards belonging to Najib were used to spend RM3.3 million in one day in De Grisogono on Aug 8, 2014.

The witness also said that in early January 2015, another RM466,330.11 was spent at Chanel, an exclusive boutique in Honolulu, using the cards.

When cross-examined by Najib's lawyer Harvinderjit Singh, Yeoh agreed that according to the credit card statement dated April 2015, the last payment was made by a person named Nik Faisal Ariff Kamil, the former CEO of SRC International.

Yeoh also said all the payments came from Najib's AmBank current account ending with number 880 and pointed out that the former premier did not take any action regarding the credit card statements.

Wedani Senen, the manager of AmBank's Remittance Unit, who was recalled to testify, told the court that RM50 million which was transferred into Najib’s (photo) bank account in 2014 was not a "donation or a gift."

The banker said two of the transactions listed the transfer of money into the former prime minister’s account as a "loan."

Senior lawyer Mohd Shuhaimi Ismail told the court that SRC International Sdn Bhd was required to pay RM9.2 billion to the Retirement Fund Inc (KWAP) under its Bai Al-Inah financing facility for the RM4 billion loans it obtained in 2011 and 2012.

Shuhaimi, a partner at the legal firm involved in handling the documentation of the financing between KWAP and SRC, said the amount was the sale price imposed by KWAP on SRC, including the interest of 12 percent, for both the loans.

“The sale price in the transaction referred to the financing amount of RM2 billion, including the agreed profit at the end of the 10-year period based on the rate that was agreed in the sale agreement, and the interest rate was 12 percent.

Shuhaimi, who is also a director at the Legal Division of Bandar Malaysia Sdn Bhd, said SRC was required to make the payment over a period of 10 years until 2021 for the first loan, while for the second loan, until 2022.

The 48th prosecution witness also said based on the sale and purchase contract, SRC was required to make the payment according to the time and date that had been agreed to.

Former Yayasan Rakyat 1Malaysia (YR1M) CEO Ung Su Ling, told the High Court that the RM42 million deposited into two bank accounts belonging to Najib by Ihsan Perdana in 2014 and 2015 did not belong to the foundation.

Ung said she was told by Najib’s former private secretary, Azlin Alias (now deceased), to instruct former Ihsan Perdana CEO Shamsul Anwar Sulaiman to transfer the money into two AmIslamic Bank accounts and she was told that the money was for CSR programmes.

“Referring to the money totalling RM42 million, I confirm the money did not belong to YR1M,” said the 49th prosecution witness.

Ung (photo) added that she did not receive instructions from Jho Low to transfer the money from Ihsan Perdana into Najib's two AmBank accounts.

Cheah, who is the 50th prosecution witness, said that in the middle of January 2011, at around 7pm, he was taken in a car that drove him straight to the personal residence of Najib to discuss the opening of the bank accounts.

“I was provided with copies of the bank account and credit card opening forms by Miss Joanna (Joanna Yu, relationship manager at AmBank). As far as I recall, the forms were blank and have not been filled up (sic) with the details of the client as required by the bank.

“Once I arrived at Najib’s residence, I met with Low, whom I have previously met. I was then taken into the residence by Low who then introduced me to Najib, and Low also informed him that I was from AmBank.

"Najib and I proceeded to the guest room while I saw Low waiting at a different part of the residence,” he said.

Cheah said the types of account opened were a basic savings account and a current account. Two credit cards were also approved under the name of Najib, namely Visa Platinum and MasterCard Platinum cards.

“I was informed by Yu that the reason for the code name is based on the query made by Low who had requested for the account to be dealt with the strictest confidence.

“I am not sure who decided the exact code name to be used for this account. I only know that there were discussions to use a code name for the protection of information and to maintain sensitivity. I subsequently informed the governor of Bank Negara of this matter,” he said.

Cheah also told the court that Najib had wanted to open accounts with the bank for the purpose of receiving donations from Saudi Arabia and that he was told that the donations coming in was in hundreds of millions in US dollars.

Cheah also described Jho Low, as a person who is never punctual and a liar and that he never trusted the man.

“I can tell you what kind of a person he is, (he is) a person who was never punctual. If an appointment was at 1pm, he would come at 1.30pm.” he said.

Former Treasury deputy secretary-general Fauziah Yaacob testified that SRC which was under the purview of the Minister of Finance Inc (MoF Inc) did not have a Finance Ministry’s representative to monitor it as required.

Fauziah said the ministry monitored companies under the MoF Inc by appointing a representative to the Board of Directors.

“The purpose is for the ministry’s representative to provide advice and, together with other members of the board, determine the direction and future of the company,” she said.

Fauziah explained that there was no representative from the ministry monitoring the SRC even though there were efforts to obtain the company's financial statements, no feedback was given to the ministry.

“The Finance Ministry then submitted a proposal to appoint Mohmad Isa Hussain as a member of SRC's board of directors in a memo dated March 3, 2015,” she said.

Referring to the memo, Fauziah said the purposes of appointing Isa was, among others, to set SRC's direction, which the ministry felt was unclear in terms of business and investment.

“SRC was also among the companies that were often late in sending their financial statements to the finance ministry,” said Fauziah, who retired on July 29, 2015, adding that till the day she retired, she had no knowledge of whether  Isa was indeed appointed.

When cross-examined by Harvinderjit, she agreed with the lawyer that the appointment proposal was only raised when the media started publishing reports about 1MDB and rumours circulating within the ministry itself.