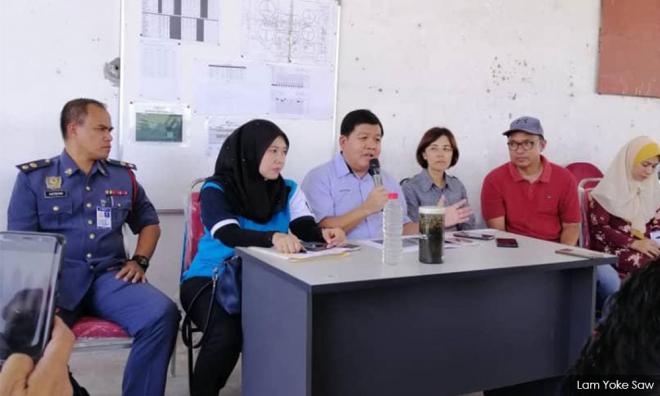 Illegal discharge from workshops around Sungai Liam in Batang Kali is suspected to be behind the pollution that forced Syarikat Bekalan Air Selangor Sdn Bhd (Syabas) to suspend its water treatment plants on Friday, causing water disruption to more than a million households in Klang Valley.

Selangor exco Hee Loy Sian, who is in charge of the environment, said an investigation by Lembaga Urus Air Selangor (Luas) found a black layer of oil at an inlet to the Indah Water Konsortium (IWK) sewerage facility.

"It is suspected that illegal discharge had made its way into the public sewerage pipes, which may have originated from vehicle workshops from around the area," he said in a press statement.

He said IWK, which cleans sewage water before releasing them into rivers, will need to deal with the layer of oil before its facility can resume operations.

Hee added that the Hulu Selangor municipal council will investigate further to determine the premises responsible for the discharge.

He said Luas first received a complaint about the odour pollution yesterday that resulted in operations at the Sungai Selangor Phase 1, 2, 3 and Rantau Panjang water treatment plants to be suspended.

An immediate investigation commenced with water samples being taken from the affected water treatment plants.

All four water treatment plants have resumed operations but restoring water supply to all of Klang Valley will take time. No time frame has been given.