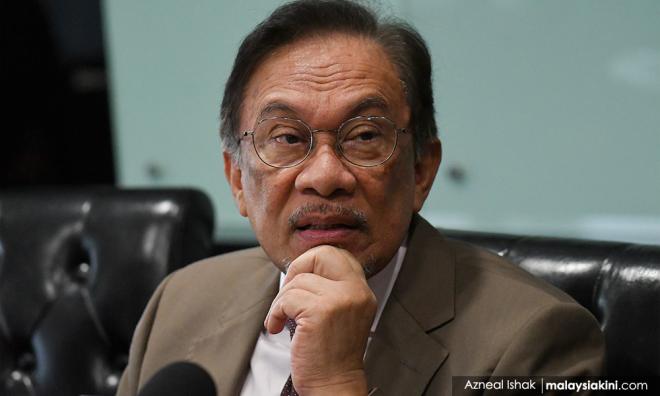 PKR president Anwar Ibrahim today said the party "welcomes" a police statement that its deputy president Azmin Ali was "not involved" in a sex video.

Anwar was referring to Inspector-General of Police Hamid Bador's remarks on Thursday.

Hamid had said police had received confirmation that the video was authentic, but said the facial recognition process failed to confirm whether Azmin was one of the two men recorded engaging in sexual acts.

Anwar's comment comes just days after he said Azmin must resign if it was proven that he was in the video, a call that ratcheted up tensions between the two.

Anwar in his statement today said PKR will take stern action against any of its members charged with criminal acts.

"PKR repeats our stance in rejecting gutter politics," he said.

The PKR president has been making efforts to ease the strained ties between him and Azmin, calling on party members to set aside their differences and focus on strengthening the Pakatan Harapan government.

Speculation has been rife that the release of the video was related to the tussle for the prime minister's post following claims that premier Dr Mahathir Mohamad prefered Azmin to succeed him, despite an earlier agreement that Anwar would take over the reins.

Azmin, who is also economic affairs minister, is convinced that those responsible for the sex video are from within PKR.