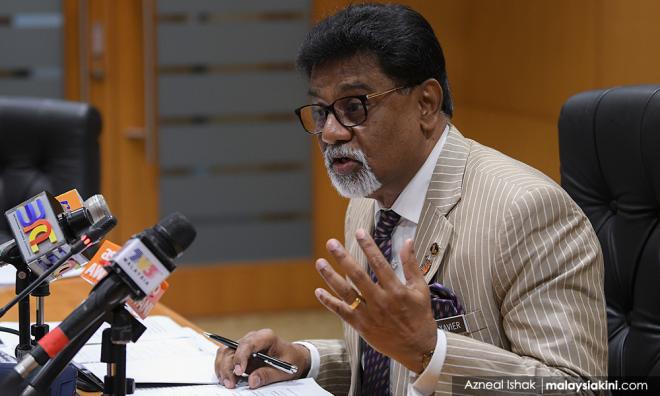 Police have identified elements of sabotage behind the diesel spillage which contaminated raw water in Sungai Selangor, according to Water, Land and Natural Resources Minister Xavier Jeyakumar.

“I was informed that elements of sabotage have been identified by the police through their investigations,” he tweeted this afternoon.

In a statement earlier, the minister said he had discussed the matter with Inspector-General of Police Abdul Hamid Bador.

He added that the mastermind behind the sabotage should be apprehended and punished according to the law.

The plants were back in operation at 3.30am this morning.

“We are currently investigating the cause of the incident from all angles, including the possibility of sabotage, and will provide additional information in due time," it said.

Semesta said it detected the diesel spills in the Sungai Selangor area near the Hang Tuah Lake on July 21 at around 6.15pm.

The National Water Services Commission (Span) has also lodged a police report on the matter.

'Sabotage can't be ruled out'

Bernama reported Amirudin as saying that a pontoon-supported oil tank at the location had been opened, allowing fuel to flow into the river, which resulted in the odour pollution.

“The tank could not have opened due to the wind or rain. People pulled open the cover to drain the oil.

"I do not rule out sabotage, negligence or irresponsible action by certain people,” he said.

Amirudin ordered Semesta to remove the pontoon, which is no longer in operation, to prevent a similar incident from reoccurring.

He also pleaded to the people of Selangor to not put all the blame on Air Selangor.

"Air Selangor processes and distributes the water, while the monitoring of the river water is undertaken by Lembaga Urus Air Selangor (Luas) and the Irrigation and Drainage Department.

"Water that enters the intake point is subjected to a detection system. If there is no detection at the early stage, polluted water would have flowed to houses and we would be forced to clean our plants."

Syabas: Water treatment plants back in operation at 3.30am