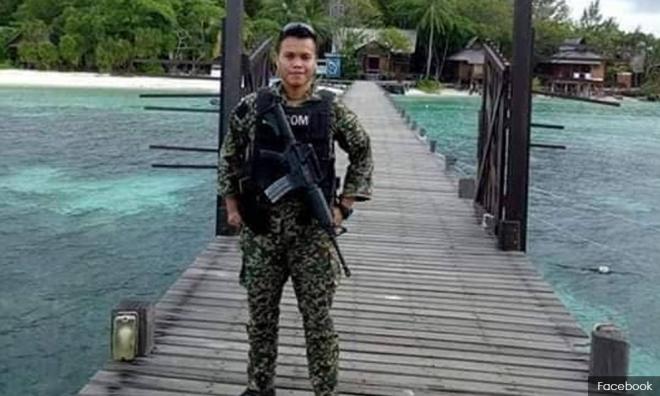 "I hope my son is found safe and well," said the mother of Moses Logers who was reported lost on Pulau Perak, which is located about 122.3km southwest of Langkawi, last Friday.

Anita Sari, 59, said she was shocked to learn the news of his loss and since then has not stopped praying for the youngest of five siblings to be found safe.

"Hopefully, my son and his colleague can be found safely," she said when contacted tonight.

Moses, 25, and David Edmund Rapi, 29, from the Fourth Battalion of the Royal Ranger Regiment based at Bukit Cowder Camp, were reported missing while on duty at the Ops Pejarak site in Pulau Perak.

Ops Pejarak is an operation carried out under the supervision of the West Fleet of the navy. It involves the placement of members of the army on two islands between the waters of Kedah and Perak.

The absence of the members was detected in the late evening on July 19 when the placement chief conducted night checks to calculate personnel strength.

The search and tracking of the two members were conducted on the island. However, they had to stop early July 20 due to strong winds and heavy rain, as well as very low visibility.

The search and rescue operation was continued at 10am by the army with the navy, air force and the Maritime Enforcement Agency.

Pulau Perak is a one-kilometre granite rock island located in the westernmost waters of Peninsular Malaysia, in the waters of the Straits of Malacca and is a marine protected area.