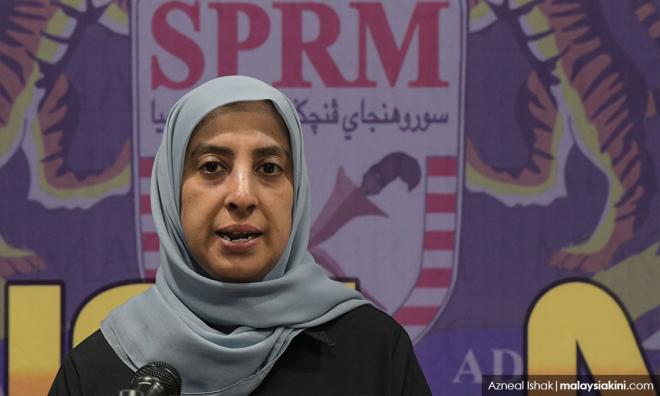 Lawyers will no longer be harassed by MACC, Latheefa assures

MACC chief Latheefa Koya has given her assurance that lawyers acting for their clients before the commission will no longer be compelled to give statements to the anti-graft body.

In an interview with Malay Mail that was published today, she cited her own experience as a practising lawyer, back in 2012, when the MACC summoned her.

She said the commission wanted to question her in her capacity as counsel for Shamsubahrin Ismail, who was being investigated in the National Feedlot Corporation (NFC) corruption case.

Now that she is in charge of the MACC, Latheefa promised that lawyers would no longer be subject to such practices, even though the law permitted for them to be called.

“It’s not about the law per se. It’s how you execute that particular provision. That notice was wrongfully issued to compel me to come and give a statement.

“So I maintain that it was wrong, and of course I will not allow that to happen,” she was quoted as saying in the daily.

Elaborating, Latheefa underlined the necessity for those being questioned by MACC to be accompanied by lawyers.

All MACC questions must be answered

“In the case of MACC, you have to answer all questions, and why we need lawyers is to make sure there is no manipulation. The lawyer can be present and if the person needs any advice, they can turn around and ask the lawyer for advice.

“In the case of a police investigation, the client has a right to not answer questions. The right to silence if the answer would implicate that person...

“For the laws under MACC, you have to answer all questions. So there is a slight difference,” she explained.

Seven years ago, she and fellow lawyer Murnie Hidayah Anuar had refused to comply with MACC’s notice to question them and sought judicial review on grounds that it was unconstitutional.

The Bar Council had condemned MACC for harassing the lawyers and for mocking solicitor-client confidentiality.

The High Court later ruled that the MACC notice as invalid as it was an abuse of power. This was upheld by the Court of Appeal.

However, this ruling was eventually overturned by the Federal Court, which decided that criminal investigations could not be subjected to judicial review.