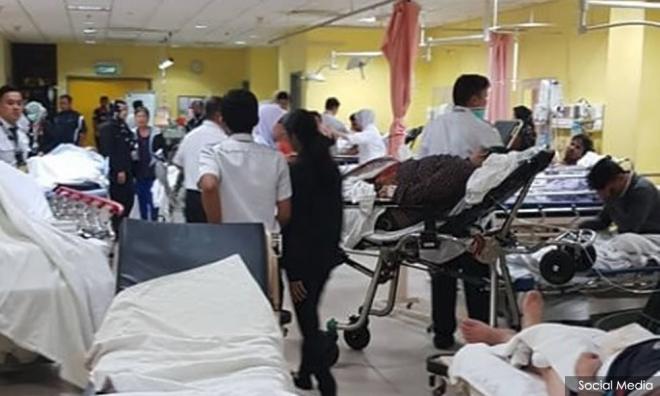 Students affected by shortness of breath and vomiting in Pasir Gudang since June 20 have been referred to the psychiatric unit at a government hospital for support treatment, according to the state Health Department.

Its director Dr Selahuddeen Aziz said the move was part of the department's efforts to provide support treatment to victims of pollution in the industrialised area, which had not only happened in June, but been continuous since the Sungai Kim Kim pollution incident last March.

Speaking to reporters visiting Sekolah Kebangsaan Tanjung Puteri Resort in Pasir Gudang today, he said, the students were referred to the unit as there were concerns on traumatic or anxiety issues.

“We see that their stress levels are high. So we have to take certain actions to get support treatment, such as psychological first aid.

“Early detection of anxiety will help the students overcome the problem before it worsens,” said Dr Selahuddeen.

Several parents of the affected students had questioned why their children were being referred for psychiatric treatment.

"Like in all other illnesses, there are physical and psychological aspects involved. So we want to treat both. This is the whole process of treatment," he said.

Unlike in the Sungai Kim Kim case where there was chemical pollution that led to hundreds needing healthcare due to “toxic air”, the cause for this latest incident has yet to be determined.