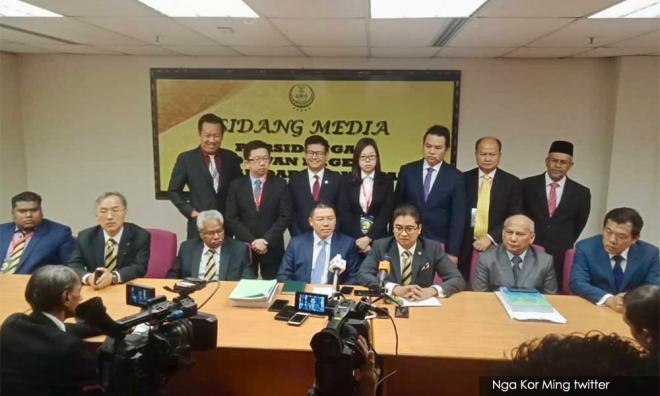 Perak has become the first state to require all state assemblypersons to declare their assets and those of their close family members, namely spouse and children.

Aulong assemblyperson Nga Kor Ming said every assemblyman is given three months, up to Oct 23, to declare their assets and those of their spouse and children by filling up a form and submitting it to the Speaker of the assembly for sending to the Malaysian Anti-Corruption Commission (MACC).

Assemblymen who fail to do so can be referred to the assembly rights and privileges committee, he told a press conference outside the assembly at Bangunan Perak Darul Ridzuan, here.

"The erring assemblyperson can be suspended from the house for six months to one year, depending on the decision of the committee,” he said.

Nga said the approval of the motion is an achievement, despite attempts by the opposition to foil the move, and is a gift to the country which is set to celebrate National Day 2019 soon.

“This is a commitment of the state government to show the people that the State Legislative Assembly is most committed to combatting corruption,” he said.

On July 1, the Dewan Rakyat approved a motion requiring all MPs, including from the opposition, to declare their assets.

Yesterday, the Dewan Negara approved a similar motion for senators.