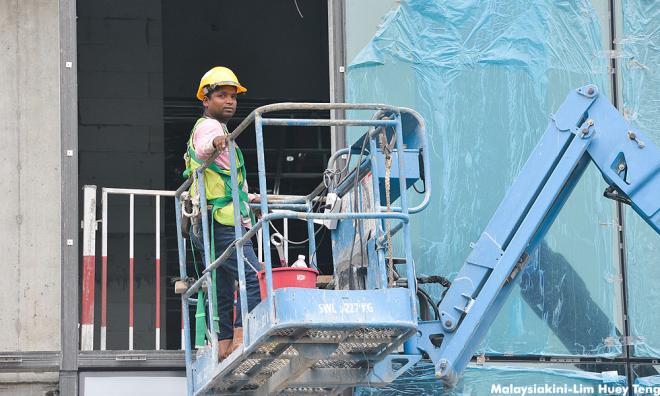 Immigration director-general Khairul Dzaimee Daud said the department is in the process of procuring the IIS system, with the tender for the system opened to vendors in May and to be closed in August.

“We will first make an assessment of the vendors who are interested in the tender of the system before launching the IIS system fully.

“If everything goes well, the department will issue an offer letter to the successful vendor in January next year," he told Bernama.

Khairul Dzaimee said while the IIS system is being developed, MyIMMs would continue to be used with some improvements made.

The MyIMMs will only be completely halted after the IIS system is fully handled by the department, he said, adding that maintenance of the IIS system would be placed under the vendor.

Asked whether there were Immigration personnel involved in the manipulation and fraud in the MyIMMs, Khairul Dzaimee (photo) said disciplinary action would be taken against those found involved.

The department has lodged a police report on the manipulation and fraud in MyIMMs and investigation is in progress, he added.

The Auditor-General's Report 2018 Series 1 revealed several issues, including elements of manipulation and fraud in MyIMMs for foreign labour quota approval resulting in losses of revenue to the country.

Home Minister Muhyiddin Yassin said action would be taken by the Immigration Department based on the findings of the Auditor-General's Report on the manipulations and fraud in the system.

Based on the audit for 2016 to 2018, there were manipulations to the system to create a quota for 123 companies to bring in foreign workers and the approved quota was found to be false.

Last July 19, MACC chief commissioner Latheefa Koya said the commission had set up a task force to investigate cases which call for punitive action with regard to irregularities disclosed in the latest Auditor–General’s Report.