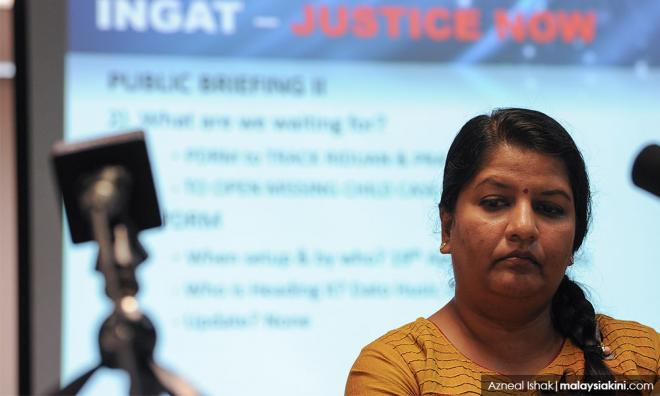 M Indira Gandhi's (photo, above) struggle to be reunited with her missing daughter Prasana Diksa continues with a rights group today claiming that her ex-husband, who had abducted the daughter, was receiving assistance from three groups.

He said Indira lodged a report at Petaling Jaya police station this morning with the hopes that an investigation will be carried out to verify the information they received through public tip-offs...