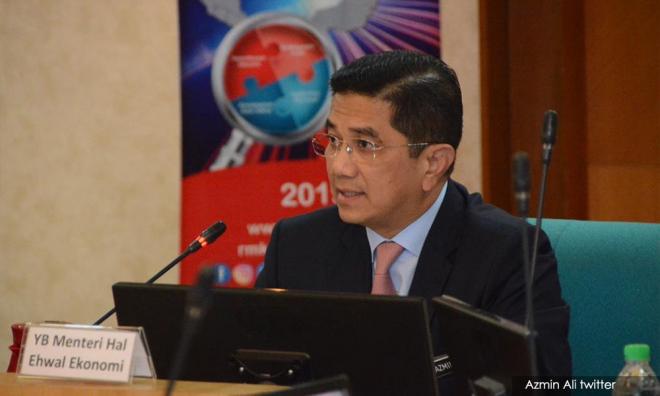 Aide: 'People who always lose to Azmin' behind quit rumour

Hilman said such rumours were being circulated by "people who always lose to Azmin".

This is amid speculations that Azmin would quit PKR, including one by Utusan Malaysia suggesting that he may move to Gerakan.

"Unfortunately, it (quitting PKR) will not happen. Azmin will remain with PKR.

"Azmin has strong support in the PKR leadership, be it in the central leadership council, PKR Youth and Wanita PKR.

"He has political legitimacy to remain in PKR and the party is his political basis," Hilman was quoted as saying by Sinar Harian.

Meanwhile, Utusan Malaysia, citing unnamed sources, claimed Azmin was in talks with Gerakan, which at present has no seats in the Dewan Rakyat.

Subsequently, former Santubong PKR Youth chief Haziq Abdullah Abdul Aziz admitted that he is one of two men having sex in a video. He claimed his partner was Azmin.

Police have arrested several individuals, including Haziq and an aide to PKR president Anwar Ibrahim, as part of an investigation over the circulation of obscene content.

The sex video and reactions from competing factions within PKR has widened the rift between Azmin and Anwar.