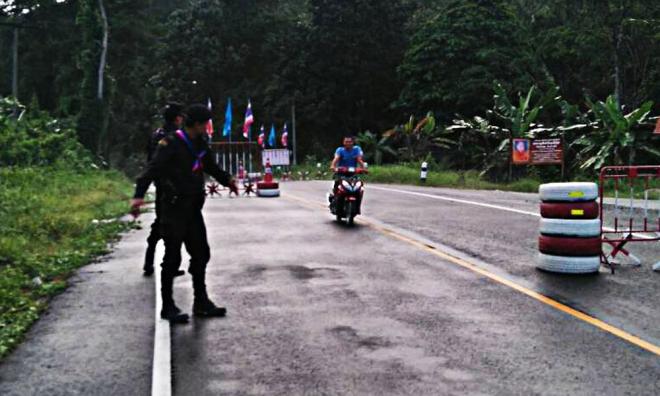 Thai authorities deployed nearly 10,000 security personnel to track down 20 suspects identified to be involved in an attack on a security control post in Muang District, Pattani on Tuesday.

Fourth Division Army chief, Lt.Gen Pornsak Poonsawat said that the security personnel in about 735 teams would be sent to 118 villages which were identified as still having the strong influence of the Pattani Liberation Movement.

"We want the suspects to retreat from the villages. Our investigation found that there were houses which were modified to be used as hiding places for members of armed groups after an attack," Pronsak told reporters in Pattani yesterday.

On Tuesday, four were killed and two were seriously injured in an attack on a security control post in Muang District, Pattani.

In the 8pm (local time) incident, a group of individuals, equipped with firearms shot up and also threw a pipe bomb toward the post killing two volunteer members and two village security members while seriously injuring two other volunteers.

Pornsak also did not rule out the possibility that a suspect involved in the attack was also injured.