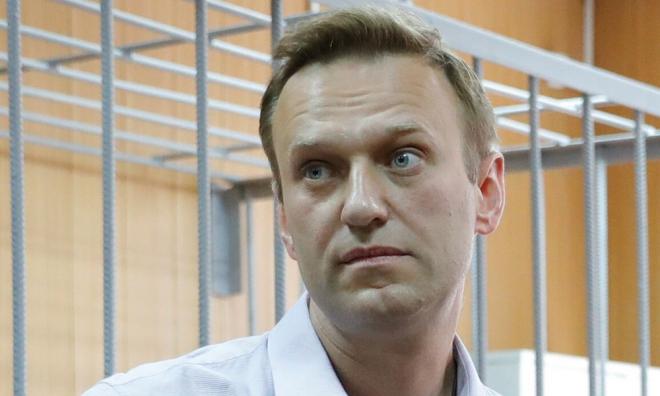 Russian opposition leader Navalny may have been poisoned

Russian opposition leader Alexei Navalny (above) was hospitalised on Sunday after suffering an acute allergic reaction, which one doctor said may have been the result of him being poisoned with an unknown chemical substance.

Navalny, 43, was rushed to hospital from jail where he is serving a 30-day sentence for violating tough protest laws, a day after police in Moscow detained more than 1,000 people for an illegal demonstration called for by Navalny.

His spokesperson Kira Yarmysh said Navalny had signs of an acute allergy with “severe swelling of the face and skin redness.”

A doctor at the hospital treating him told Interfax that Navalny had been diagnosed with hives and that he was feeling better.

But one doctor who has treated him in the past and was able to speak briefly with him and look at him through the crack of a door on Sunday, said she could not rule out that he had been poisoned.

“We cannot rule out that toxic damage to the skin and mucous membranes by an unknown chemical substance was inflicted with the help of a ‘third party’,” Anastasia Vasilyeva, the doctor, wrote on Facebook.

Vasilyeva, who said Navalny had a rash on his upper body, skin lesions, and discharge from his eye, called for samples of Navalny’s bedsheets, skin and hair to be tested for chemicals.

She said she found the fact that she had not been allowed to examine him properly suspicious.

The Moscow hospital, where Navalny’s spokesperson said he was being treated, could not be reached for comment.

Separately, Navalny’s lawyer, Olga Mikhailova, wrote on Facebook on Sunday evening that doctors did not know what was wrong with her client, but that she deemed his symptoms strange, given that he had never suffered from allergies in the past.

Navalny suffered a serious chemical burn to his right eye in 2017 as a result of an assault. Doctors were able to restore his sight and save the eye.

He was jailed on Wednesday this week for 30 days for calling for Saturday’s unauthorised march to protest against the exclusion of several opposition candidates from a local election later this year.

While Navalny was behind bars, police rounded up more than 1,000 people in the Russian capital during Saturday’s rally in one of the biggest crackdowns in recent years against the opposition, drawing international criticism.

A spokesperson for the US embassy in Moscow, Andrea Kalan, wrote on Twitter on Sunday that the large number of detentions in Moscow and the “use of disproportionate police force undermine rights of citizens to participate in the democratic process.”

In a separate incident on Sunday, Russian activist Dmitry Gudkov (below), who was among the opposition candidates barred from running in local elections later this year, said he had been detained and taken to a Moscow police station.

The reason for Gudkov’s detention was not immediately clear, his spokesman Alexei Obukhov told Reuters.

Russia’s Interior Ministry did not respond to a request for comment on Navalny and Gudkov’s detention.

Police on Sunday night detained about 10 people, including journalists, who had gathered in front of the hospital where Navalny was being treated.

Navalny, a lawyer and anti-corruption activist, has served several stints in jail in recent years for organising anti-government demonstrations.

The European Court of Human Rights last year ruled Russia’s arrests and detention of Navalny in 2012 and 2014 were politically motivated and breached his human rights, a ruling Moscow called questionable.