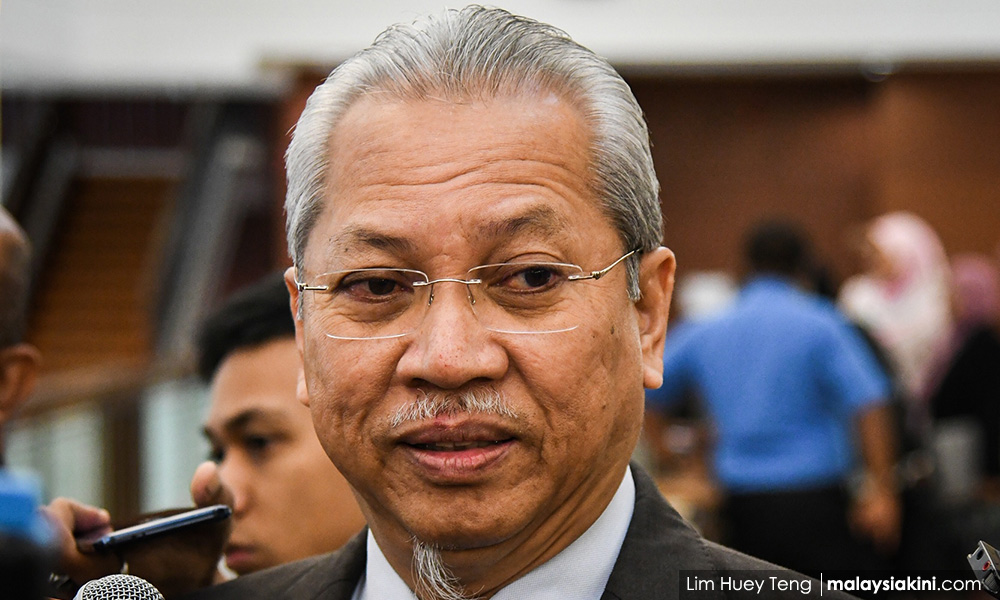 Annuar: Umno-PAS charter to be based on Constitution of Medina

The Umno-PAS cooperation charter to be signed in September will be based on the Constitution of Medina, Umno secretary-general Annuar Musa said today.

As such, Annuar reminded the non-Muslim community not to worry, because the interests of the group were also safeguarded in the Medina Charter, which was drawn up on behalf of Prophet Muhammad in the year 662.

He added that based on when the Medina Charter was drafted, it could be considered the first written constitution in the world.

"The charter signed with PAS will be the starting point for the unification of Muslims in the country, without ignoring the nation's diversity," he was quoted as saying in Sinar Harian.

The joint charter with Umno and PAS will be signed by party presidents Ahmad Zahid Hamidi and Abdul Hadi Awang on September 14 at a special event at the Putra World Trade Center in Kuala Lumpur.

Annuar, the Ketereh MP, also urged Umno leaders to continue working to win the hearts of the people, reminding them of the need to go to the grassroots to explain the charter.

"The Umno-PAS charter is built on the principle that Muslims in this country have the right and obligation to defend Islam," he said.

On PAS' position that Dr Mahathir Mohamad should complete his term as prime minister, Annuar said Umno supports any position taken by PAS.

"When there are such opinions, Umno will discuss it with PAS. We can't just react through the media.

"In principle, whatever PAS' stand is, Umno will support it. We are always in agreement," he said.

politics
umno
pas
umno-pas
cooperation charter
annuar musa
Related Reports
Dissolve Umno over our dead bodies - Zahid
a year ago
Zahid: Umno should learn from PAS members’ loyalty
a year ago
MIC leaders assure members PAS 'not radical'
a year ago
Umno-PAS have worked out which seats to give the other in GE15
a year ago