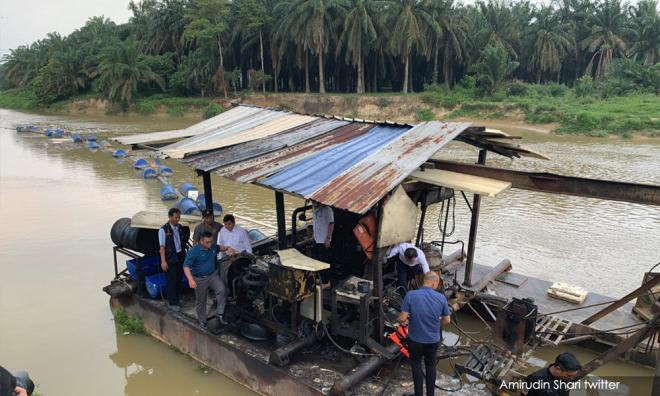 Police have ruled out elements of sabotage in the diesel spillage which contaminated raw water in Sungai Selangor.

Inspector-General of Police Abdul Hamid Bador said today that the ongoing investigation has revealed that the incident could have been caused by negligence on the part of the company employed by the state to clean up the river.

Hamid said two of the company's employees have been detained for questioning.

"Police have released one employee on police bail, while the other one is still under remand to facilitate the investigation.

"Initially, we thought that it was an act of sabotage by individual(s). Subsequently, questioning revealed certain fact that it might not be sabotage, but an act of negligence."

Hamid also said that police are looking into the possibility that a false police report was lodged in an attempt to protect company interests.

"If it is an act of sabotage, the question is on the technical aspect of it involved, but we are satisfied that we can rule out sabotage at the moment.

"But investigation is ongoing. I think it's a matter of few more days, we will be able to set for sure what happened."

Last week, Selangor Menteri Besar Amirudin Shari said sabotage could not be ruled out as a cause of the river pollution.

He was reported as saying that a pontoon-supported oil tank at the location had been opened, allowing fuel to flow into the river, which resulted in the odour pollution.

“The tank could not have opened due to the wind or rain. People pulled open the cover to drain the oil.

"I do not rule out sabotage, negligence or irresponsible action by certain people,” he had said.