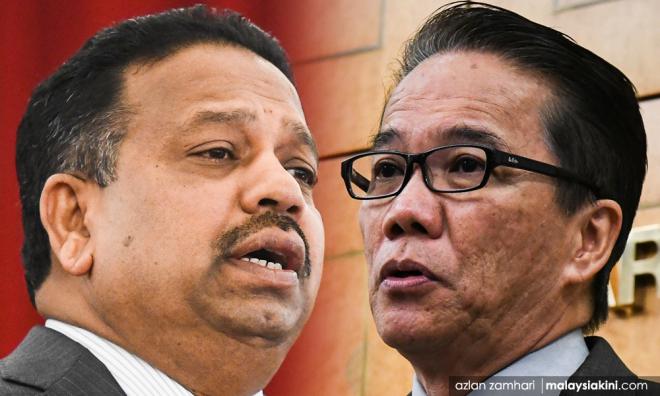 This comes after the Dewan Negara shot down a motion by BN senator Ti Lian Ker to refer Liew to the Rights and Privileges Committee for allegedly misleading the House.

In delivering his decision, Vigneswaran said there is no clause in the Dewan Negara's Standing Orders to cite a member to the committee over statements made in the House.

"I have gone through the (Dewan Negara's) Standing Orders. Ours are different from the Dewan Rakyat, which has a clause to refer anyone who confuses (the House).

"We need to have such a clause in order to refer anyone to the Rights and Privileges Committee," he said.

"(But) we have to allow the minister to explain that this was not what he said, as reported by electronic media.

"That's why I urge the secretary of the House to obtain an explanation from the minister, who is not attending the sitting today."

Ti had cited the Dewan Negara Hansard, dated July 25, which recorded Liew as saying that the MACC had released the aide of Agriculture and Agro-based Industry Minister Salahuddin Ayub after he explained how he obtained the funds to purchase a luxury watch.

Liew, however, denied saying that the aide bought the watch.

"I feel that the minister should correct or retract his statement, because the nobility of the House should be upheld," Ti said.

"If he declines to do so, then I want to refer him to the Rights and Privilege Committee for consideration."

Although Liew's private secretary Mohd Hanafiah Sahih Montoi brushed off the matter yesterday, Ti believes that there is still a discrepancy between what the minister said within and outside the Dewan Negara.