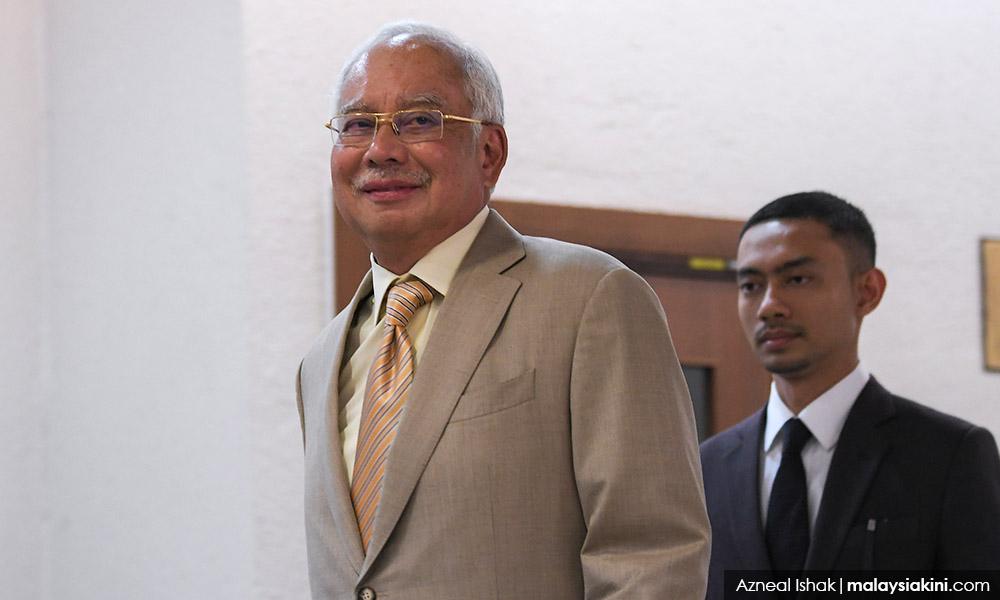 NAJIB TRIAL | An ex-banker who handled Najib Abdul Razak's accounts at AmBank told the High Court in Kuala Lumpur today that RM1.13 billion was transferred into the former premier's accounts between 2011 and 2013.

Joanna Yu, 48, who was formerly an AmBank relationship manager said Najib received US$369.99 million in several transactions between 2011 and Jan 10, 2013.

The 54th prosecution witness said this during cross-examination by Najib’s lawyer Harvinderjit Singh on the 45th day of the accused's trial for misappropriation of SRC International Sdn Bhd funds totalling RM42 million.

Harvinderjit: The total amount of foreign funds transferred into Najib's account ending in 694 is US$369.99?

Harvinderjit: And the amount was equivalent to RM1.136 billion?

Earlier, Yu confirmed that US$100 million was transferred into Najib's current account ending 694 in 2011.

Harvinderjit: You said, "Jho sent me all these instructions, I tell him to tell Nik Faisal". Why were you asking Jho?

Yu: In my mind, I thought they have discussed.

Harvinderjit: The conversation is that you brief somebody that has no knowledge?

Harvinderjit: I suppose all these info you got from Jho and you formalise with Nik Faisal?

Harvinderjit: Would you agree the instructions and directions come from Jho and Nik Faisal only formalises it?

Yu: It appears so.