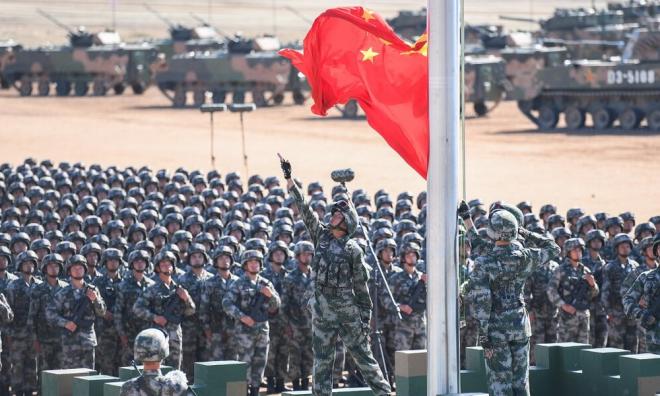 The move comes after the United States early July approved a deal to sell arms worth US$2.22 billion to Taiwan, what Beijing calls a "breakaway" province.

"The two military activities are essentially taking place in waters of northern and eastern Taiwan," the report said, adding that another military activity is to take place off the coast of South China's Guangdong Province.

When the US arms deal goes through, Taiwan will procure 250 Stinger missiles, 108 Abrams tanks and equipment.

"The drills are expected to be big, involve all military branches of the People's Liberation Army, and serve as a warning to Taiwan secessionists," said the report.

China regards Taiwan as part of its territory in line with its One China policy.

However, the US maintains relations with Taiwan unofficially. It sells weapons worth billions of dollar each year to Taiwan.

Last month, China's Foreign Ministry had urged the US to not proceed with the "extremely sensitive and damaging" decision.