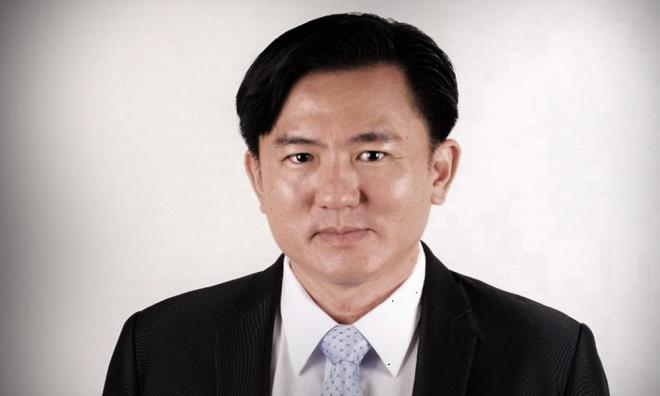 Editor's Note: A comment by the Facebook page "1 Malaysia Tolak DAP" on the possible existence of hidden hands was erroneously attributed to MCA Wanita chief Heng Seai Kie in the earlier version. Malaysiakini apologises for the error. The article has been amended to reflect that the police report is against the Facebook page that shared Heng's comment.

Perak police have lodged a report against a Facebook page regarding Wanita MCA chief Heng Seai Kie's allegation that the forensic report in the rape investigation against state exco Paul Yong is missing.

Her statement was posted by the “1Malaysia Tolak DAP Facebook” page with the accompanying comment: "How did it go missing? Were there hidden hands that ordered for the report to be made to disappear?"

Perak police chief Razarudin Husain denied this, saying that police are still awaiting the forensic report from the Chemistry Department.

"The report has not gone missing," he told journalists via a WhatsApp message.

In an earlier statement, Razarudin said the allegation would be investigated under Section 233 of the Communications and Multimedia Act 1998 and Section 500 of the Penal Code.

Section 233 of the CMA concerns the misuse of network facilities and carries a maximum jail term of a year, an RM50,000 fine, or both upon conviction. Section 500 of the Penal Code concerns criminal defamation and is punishable by up to two years' imprisonment, a fine, or both.

"The irresponsible statement uploaded by the owner of the 1Malaysia Tolak DAP Facebook page is libel, which challenges the integrity of the police, which is investigating the matter in a transparent and thorough manner.

"The police would like to advise all quarters not to make irresponsible statements or speculation that can affect investigations, as well as the transparent, fairness and good name of the police, particularly Perak police," he said.

Heng's statement had singled out Razarudin and called for action over what she claimed was "negligence" in the case.

“It is outrageous that the report of the alleged rape case involving Perak exco Paul Yong was returned, as a consequence of the police's negligence in attaching the necessary medical reports and forensic reports.

"Furthermore, such delays will further setback the judiciary process. Hence, as the Perak police chief, it is obligatory for Razarudin to give a proper account and apologise to the victim and the public," she had said.

When asked for clarification, Razarudin confirmed that Heng would be summoned for questioning.

Yong is accused of sexually assaulting his Indonesian domestic worker. The Tronoh assemblyperson has denied the allegation.

The exco presented himself at the Jelapang police station on July 9 to facilitate investigations and was briefly detained. He was subsequently released on police bail.

He has continued to clock into office as the Perak exco in charge of housing, local government, public transport, non-Muslims affairs and new villages.

The case has also attracted the attention of the Indonesian embassy.