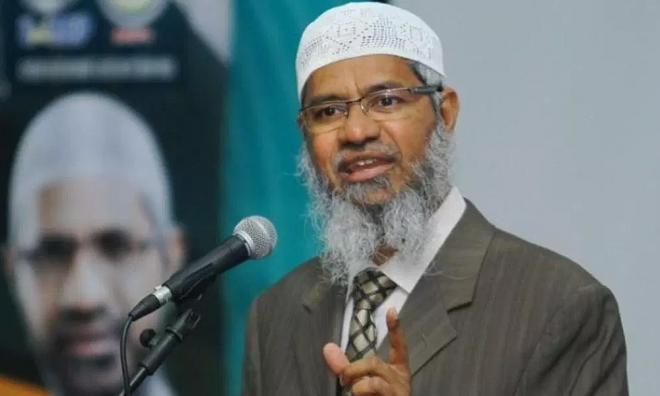 Anas first praised the preacher's stand on the Sunni-Syiah divide, in that there is no such divide in the Quran and the Prophet Muhammad was neither.

"Your understanding of the Quran on this matter is par excellence and exemplary!" he wrote.

"It would be most beneficial to Muslim unity in Malaysia if you can advise, explain and convince many of our local ulama, even some mufti – many of whom you have shared a stage with – to stop this schism.

“For your information, it is a usual practice in many mosques all over Malaysia to paint the Syiah in a bad light, especially during Friday sermons.

"If you advise them, they may listen to you. They respect you and want your approval. God willing, they will pay heed.”

The four reasons Anas gave as to why Zakir should leave Malaysia voluntarily are:

Using a family analogy, Anas said Malaysia’s situation is akin to when a senior family member brings a friend to live in a home, but the other siblings are against it.

This causes unhappiness and tension within the family. The senior sibling is unhappy that the other siblings do not respect his or her opinion, while the latter perceives that the former is insensitive to their needs and feelings.

The situation then gets more complicated. It is not nice for the family member who brought the guest in to ask him to leave, as that is very un-Malaysian. This a catch-22 situation.

Zakir will need to volunteer and make it easy for the invitee.

Anas strongly believes that as a person who dedicates his life in the field of dakwah (proselytisation), one of Zakir’s main goals is to get non-Muslims to come closer to Islam.

Unfortunately, in Malaysia, his presence is doing the opposite. It is counterproductive.

If he volunteers to leave, the preacher will be seen as noble and magnanimous and likely to alleviate this situation.

In many parts of the world, debates between religionists are game, but not so in Malaysia.

Here, non-Muslims are not allowed to counter when Muslim speakers give their views about their faith, let alone start a debate about Islam. It is illegal to preach to Muslims.

In simple terms, Anas said that here, when Muslims debate with non-Muslims, it is like a fight where Muslims are allowed to punch the opponent as they please, but non-Muslims cannot punch back because their hands are tied to a tree.

Anas said Muslim religious leaders and preachers in Malaysia, for the most part, preach to their faithful by sharing the beauty of their religion without the need to compare or belittle the other. It has worked for sixty years.

Malaysians are a showcase of living in peace and harmony par excellence. As Anas said, "we want to keep it that way.”

"I am not saying you must stop your debates. Do it elsewhere. Just don’t bring that culture to Malaysia, at least not till we have an equal playing field," he added.

Anas said that today, there is not one Muslim political party in Malaysia that commands a clear leadership.

Asking Zakir to leave is thus a sensitive topic. It can be used as political fuel to attack the other. No Muslim-based political party will be willing to do that.

“We are in a conundrum,” Anas summed up.

I fully agree with the writer, and hope that Zakir will respond positively to Anas’ open letter.