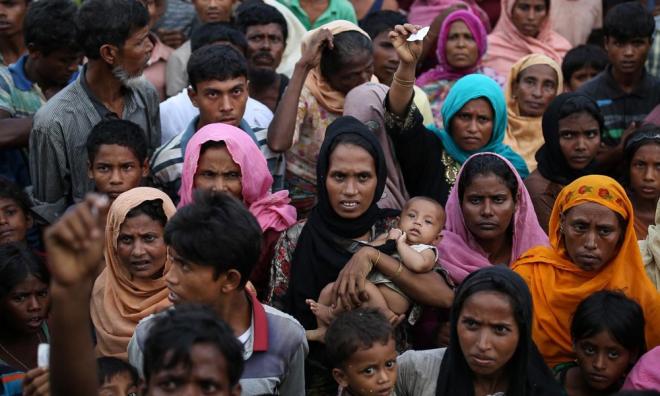 Asean foreign ministers reiterated their continued support for Myanmar’s commitment to ensure safety and security for all communities in Rakhine State as effectively as possible, as well as facilitating the voluntary return of Rohingya refugees in a safe, secure and dignified manner.

In a joint Communique of the 52nd Asean Foreign Ministers’ Meeting here, the ministers looked forward to the continued and effective dialogue between Myanmar and Bangladesh to facilitate the repatriation process of displaced persons from the Rakhine State.

“We encouraged Myanmar to continue to implement the remaining recommendations of the final report of the Advisory Commission on Rakhine State,” the statement said.

During the meeting, the foreign ministers received a briefing from Myanmar on the humanitarian situation in Rakhine State.

The ministers also called for a comprehensive and durable solution to address the root causes of the Rohingya crisis and to create a conducive environment so that the affected communities could rebuild their lives.

The ministers also expected the Independent Commission of Enquiry established by the government of Myanmar to seek accountability by carrying out an independent and impartial investigation into alleged human rights violations and other related issues.

The foreign ministers also reaffirmed Asean's continued support for Myanmar’s efforts to bring peace and harmony, stability, the rule of law and reconciliation among the various communities, as well as to ensure sustainable and equitable development in Rakhine State.

“We reaffirmed our support for a more visible and enhanced role of Asean to support Myanmar in providing humanitarian assistance, facilitating the repatriation process and promoting sustainable development,” it said.

The statement also said that the ministers welcomed the visit of a high-level mission, led permanent secretary of the Ministry of Foreign Affairs of Myanmar, together with representatives from the Asean Secretariat and the Asean Coordinating Centre for Humanitarian Assistance on Disaster Management (AHA Centre) to Cox’s Bazar, from July 27 to 29, and to share the information on arrangements made by Myanmar for prospective returnees.

“We looked forward to the conduct of comprehensive needs assessment at appropriate intervals.

“We underscored the importance of prioritisation of basic services that would receive support and the usefulness of exploring cooperation with Asean's Dialogue Partners on possible support."

According to Amnesty International, more than 750,000 Rohingya refugees, mostly women and children, have fled Myanmar and crossed into Bangladesh after Myanmar security forces launched a crackdown on the minority Muslim community in August 2017, pushing the number of persecuted people in Bangladesh above 1.2 million.