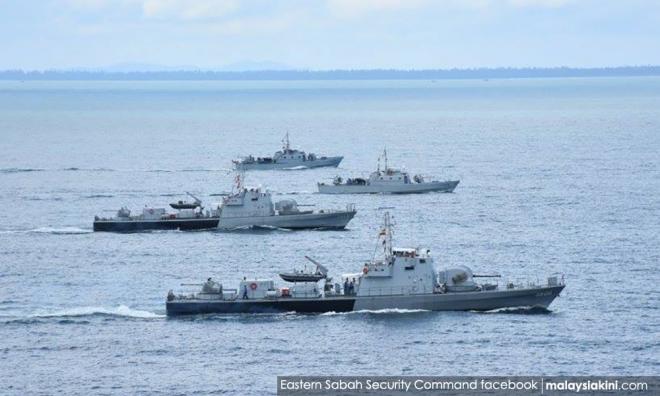 Kidnappings in ESSzone down - Mat Sabu

Kidnapping incidents in the Eastern Sabah Security Zone (ESSZone) have been declining following close cooperation between Malaysia, Indonesia and the Philippines in combating criminal and terror activities in the area.

Defence Minister Mohamad Sabu said criminal activities and kidnapping cases were assumed as increasing by some quarters due to the wide media coverage given to any such incident.

“Kidnapping incidents there have dropped following actions taken by the three countries, namely Malaysia, Indonesia and the Philippines in curbing kidnapping and terror activities in the area….once in a while there could be such an incident but we will tackle it.”

Mohamad said this after the handing-over of a people-friendly project and launching of the Kota Raja parliamentary constituency-level "Sayangi Klinik Ku" (Love My Clinic) programme, here, today.

The minister was asked to comment on a local press report today on the activities of a kidnapping group from southern Philippines, believed to be aided by local residents, thus making it easy for the group to commit cross-border crimes.

Mohamad also said that the government was currently carrying out a restructuring of the Eastern Sabah Security Command (ESSCom) to ensure it would play a better role in future.

“We will discuss it the ministerial level, the issue of increasing the manpower of ESSCom. However, it is even more important to upgrade all the equipment used from time to time,” he said.

On Dr Mahathir Mohamad’s term as prime minister, Mohamed who is also Parti Amanah Negara (Amanah) president, said his party would always abide by all the decisions made by Pakatan Harapan.

“Anything on this matter (Dr Mahathir's tenure as prime minister) will be discussed within Harapan and its stand is Amanah’s stand too," he said.

Earlier, Mohamad who is also Kota Raja MP, handed over contributions comprising chairs, tables, canopies and playground equipment worth a total of RM1.8 million to two health clinics, several primary and secondary schools, and five residents associations in the area.