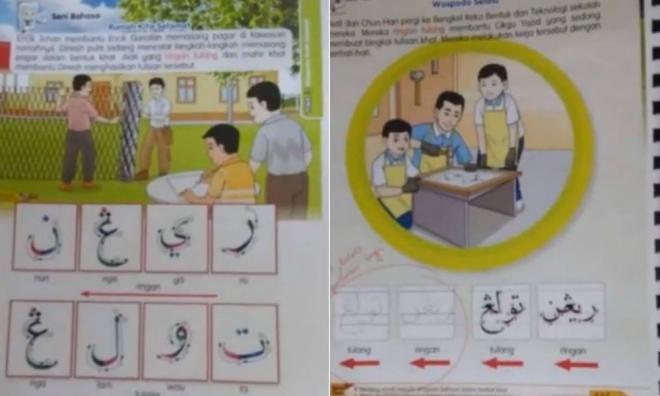 PAS Youth has accused DAP's grassroots of fanning social animosity after they issued a statement speaking out against the government's plan to roll out a six-page introductory lesson on "khat" (calligraphy) in the Bahasa Malaysia subject for Year 4 students.

"We urge for action against the 138 DAP (grassroots) leaders for trying to fan the fires of animosity and racism by objecting to the use of Jawi and calligraphy art," said its education sector chief Muhtar Suhaili in a statement.

He also criticised the DAP grassroots leaders, which include 13 assemblypersons, for singling out the use of Jawi on signboards in Kelantan, Terengganu, Pahang and Malacca.

"Jawi is part of our heritage, not only for Muslims and Malays but for all races," he said.

The group had expressed concern that the introduction of Jawi could lead to a push for its use to be further expanded.

"Those with an agenda might seize the opportunity to introduce Jawi at all levels... Should Jawi be institutionalised, it will tear apart Malaysia's social fabric," said the group.

"Khat" in Bahasa Malaysia is understood to be Jawi however the Education Ministry had said this was not the case.

However, it has not explained what is the nature of the "Khat" that will be taught.