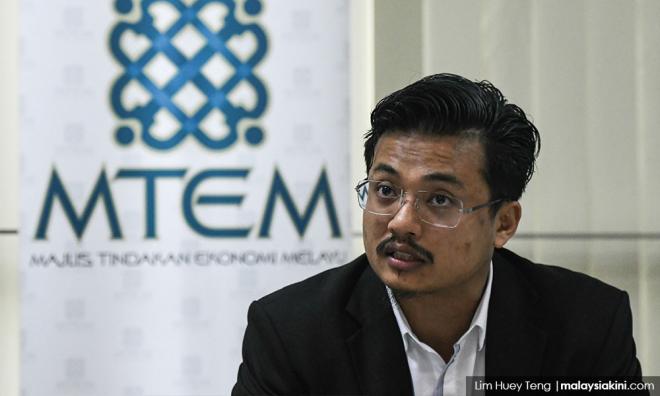 The Malay Economic Action Council (MTEM) has come out against the recent declaration by PKR president Anwar Ibrahim that the New Economic Policy (NEP) must be replaced by needs-based policies.

"This is a matter of concern to the bumiputera community as well as MTEM itself," said the group's CEO Ahmad Yazid Othman in a statement today.

He said that the bumiputera economy lagged far behind compared to that of other ethnicities and claimed that if "Anwar deviates from the expectation (of alleviating bumiputera poverty), the backlash will surely be swift and severe."

Without citing sources, Ahmad Yazid claimed that the per capita income in 2014 for bumiputera was only RM16,066 per year, as opposed to non-bumiputera income, which he said amounted to RM74,067 per year.

He further claimed that the bumiputera community only owns 26.1 percent of housing assets in Malaysia while the non-bumiputera own 63.3 percent, even though the bumiputera population is three times larger.

"The MTEM is not blind to the many weaknesses of the NEP throughout history, but it is unwise to make future affirmative action policies devoid of any racial dimension.

"Race blind affirmative action may be sufficient to improve the wellbeing of those at the bottom of the economic ladder but such an approach will be much less effective to narrow the economic gap at the top between ethnicities."

Ahmad Yazid maintained that communities who are already well-leveraged due to historical circumstances are likely to remain or become even better leveraged in the future.

"This permanent concentration of wealth among the same group of people is not healthy and is especially toxic in Malaysia, as the well-leveraged in Malaysia tend to come from a particular ethnic group or from politically connected Bumiputera and Indians," he claimed.

Ahmad Yazid conceded that current policies have not had the desired effect.

"The failure of BN to close the economic gap between ethnicities sufficiently during its long rule surely demands a rethink of how future affirmative action policies will be implemented."

"However, MTEM is concerned that calls to abolish the race-based affirmative action may lead to racial strife," he said.

He went on to defend bumiputera discounts for property developments.

"It is easy to judge the discount of five to 15 percent for bumiputera buyers of property to be an unacceptable form of racial discrimination, but this only reveals those who make this judgement to be ignorant of the original intent of this policy which was not in fact to provide a free and unearned lunch for bumiputera.

According to Ahmad Yazid, affirmative action in Malaysia requires a racial dimension to prevent racial inequalities from being swept under the carpet.

If only Malaysians could better appreciate history before making snap judgements, it will be much easier to achieve consensus on how to make positive reforms to the NEP, he said.

"The support of the bumiputera is important to any prime minister of Malaysia," he reminded Anwar.

"Malaysians have tolerated a racially divisive school system long enough and continue to do so, so for us to be racially colour-blind when it comes to economic policy is bizarre," he added.