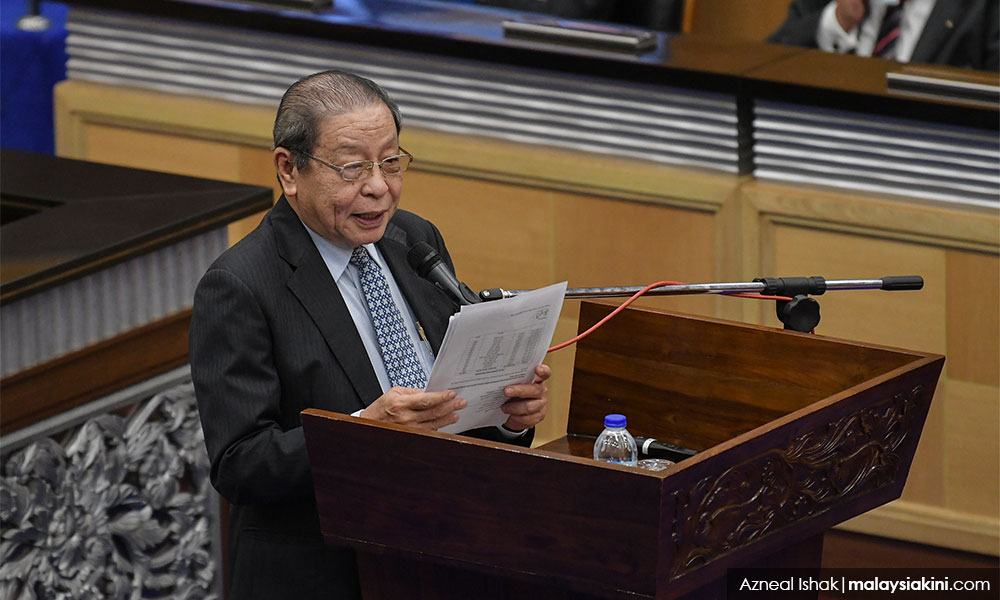 Young Malaysians should have big dreams and aspire to right the injustices of our society, said veteran DAP parliamentarian Lim Kit Siang while addressing a group of Malaysian students in Chennai last night.

He said that the Pakatan Harapan was proud of successfully lowering the voting age from 21 to 18 years, and allowing the introduction of automatic registration of voters.

“There are those who think the Harapan government was committing political suicide and paving the way for its defeat in GE15 sometime in 2023, as youths tend to be anti-establishment and anti-government.”

Lim said this was why in the past six decades, the previous government had not lowered the voting age to 18 as is the practice in many countries.

“In fact, I had raised this proposal in Parliament as far back as 1971 but we have to wait for 48 years before the Constitution is amended.

“This should be taken as a challenge by Pakatan Harapan, for I do not think youths are so much anti-establishment and anti-government as they are more idealistic and visionary as they have not yet come into contact with the ups and downs of real life,” he said at the Raintree Hotel in Chennai, Tamil Nadu, India.

“My advice for the youths of Malaysia is to dare to have big dreams for the country and to right the wrongs and injustices in society.”

He said the country was at a crossroads.

“We can either go forward to build on the historic decision of May 9, 2018, to build a ‘New Malaysia’ of unity, freedom, justice excellence and integrity - or go back to the trajectory of a failed, rogue and kleptocratic state.

“Malaysians politics will be much more healthier if political parties compete on who has the better policies to make Malaysia respected and admired by the world - instead of trying to incite distrust, suspicion and hatred among the diverse races and religions in the country, which can only result in division, disunity, stagnation and mediocrity of the country,” he added.

The Iskandar Puteri MP said that Harapan wants to transform Malaysia from a global kleptocracy into a leading nation of integrity in the world.

“If we are to achieve this goal, we should be able to be included in the top bracket of 30 nations in the annual Transparency International (TI) Corruption Perception Index (CPI),” he said.

He said that the government would likely need 10 years to turn things around.

“If the Harapan government is defeated in GE15, then it is likely that all the kleptocrats who are now on trial for corruption, abuses of power and money-laundering would be able to escape criminal penalties and the country revert back to the path of kleptocracy.

“Even now, there is no remorse or contrition of the old political parties responsible for making Malaysia into a global kleptocracy, as their leaders even deny the existence of 1MDB scandal," he said.

Lim also called for a return to high education standards and highlighted four key recommendations for educational reform in Malaysia made by the Organisation for Economic Co-operation and Development (OECD) Economic Survey on Malaysia in July 2019.

The recommendations are to:

politics
youth
undi 18
Lim Kit Siang
Related Reports
The 20 senators who didn't attend the Undi 18 vote
a year ago
Senate passes constitutional bill to lower voting age - barely
a year ago
MP: Buck up on social media, youth policies or risk Undi 18 backfiring
a year ago
Spotlight on post-Undi 18 as survey finds younger voters unhappy with Harapan
a year ago