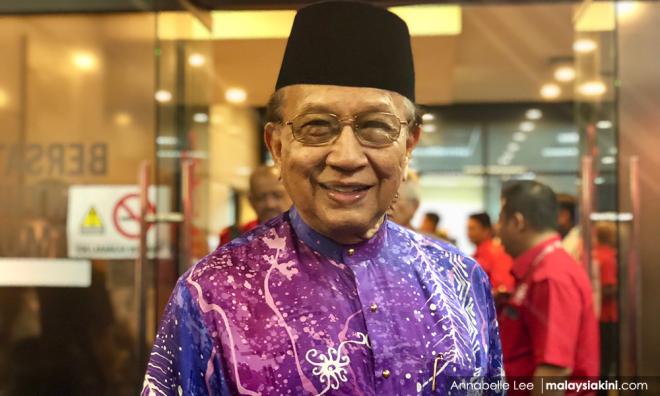 Former minister Rais Yatim (photo) has called for a cultural struggle to counter the spread of "Arabism" for the sake of preserving Malay culture.

According to a report in Free Malaysia Today, Rais said that not many people would dare to talk about separating Arabs from Islam, but he insisted there was nothing about the region that made it better than the Malay archipelago.

“Saudi Arabia is now killing Yemen. Where is the Islamic culture in that? Who is setting an example for whom? I would like to suggest that Malaysia and Indonesia, in particular, give the world a great example."

Rais, a former Communications, Information and Culture minister, was speaking at the opening of the International Literature, Language and Culture Nusantara Seminar 2019 at the Langkawi Research Centre yesterday.

“We cannot just talk about language, grammar, syntax and so on but ignore the message about the value of our nations,' he said.

Rais said efforts to preserve Malaysian culture must begin with the national language, and he called on ‘cultural warriors' to learn from the infiltration of English words into the Malay language.

Citing an example of a book on Malay grammar, Rais said it contained words such as adverb, adjective and morphene.

This sort of thing, he said, had taken root.

"Even if we do not want to ‘cakap orang putih' (speak English), the influence has seeped through to our language," said Rais.

“How to get back to Za’aba?” he said, referring to author Zainal Abidin Ahmad who modernised the Malay language with the publication of a series of grammar books entitled Pelita Bahasa, starting in 1936.

Rais said trying to preserve the Malay language was difficult but worth the effort.