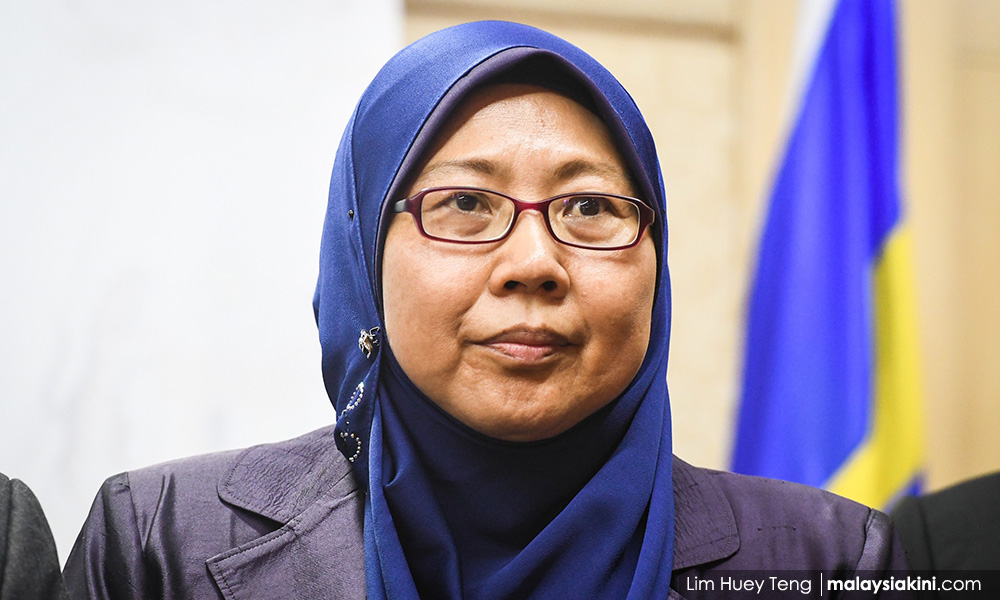 Deputy Minister in the Prime Minister's Department Fuziah Salleh has taken aim at ministers who were formerly from BN over the government's apparent defence of Lynas' rare earth processing plant in Gebeng, Kuantan.

"My position is unchanged - Lynas should not be allowed to operate and continue to generate radioactive waste that can have a long-term negative impact.

"However, there is a group of cabinet members who were still with BN when we were fighting against Lynas in the past.

Fuziah said this group of ministers, when they were in BN, believed it was a political issue and continues to believe this under the new government.

"They are the ones who go all out to defend Lynas' continued operations even though the reasons they give are unreasonable," she added.

Fuziah said the rare earth ore is mined in Australia then imported to Malaysia for processing into rare earth elements before fully being exported to Japan.

She also highlighted Japanese interest in the issue.

"It is the previous government that caused our debt to balloon that we have to take out Samurai Bonds with Japan.

"I would like to highlight that Japan is the absolute beneficiary of the rare earth element produced by Lynas' factory.

"Will Japanese investors remain silent if Lynas can no longer produce rare earth elements for them? It will surely paralyse the downstream industry in Japan.

"Imagine our position of being trapped in the middle," she said.

Fuziah advised ministers in the government not to continue being "deceived" by Lynas, noting that Putrajaya is now at a crossroads as it must decide whether Lynas' licence, which expires on Sept 2, will be renewed.

"For my colleagues in the cabinet who continue to be deceived by Lynas, my advice is that you never put investment profits before the interest and wellbeing of the people," she said.

She said there was a limited benefit compared to the risk Malaysia faced.

Fuziah added that while Lynas employs some 600 workers, it has been receiving tax exemptions for 12 years.

Furthermore, the downstream industries that benefit are primarily based in Japan.

"Instead, we are stuck with managing radioactive waste that is piling up and our future generations will one day condemn us for failing to safeguard their wellbeing and the environment," she said.

Pakatan Harapan, and its predecessor Pakatan Rakyat, had since 2008 objected to Lynas' rare earth processing plant but the current government under Prime Minister Dr Mahathir Mohamad had indicated that it is leaning towards renewing Lynas' licence.

fuziah salleh
lynas
pakatan harapan
bn
Related Reports
What's behind Harapan's reversal on Lynas?
a year ago
DAP man wants cabinet to reveal each minister's stand on Lynas
a year ago
Lynas decision not ideal but better than status quo, says Yeo
a year ago
PM's comments on Lynas's license renewal welcome
a year ago