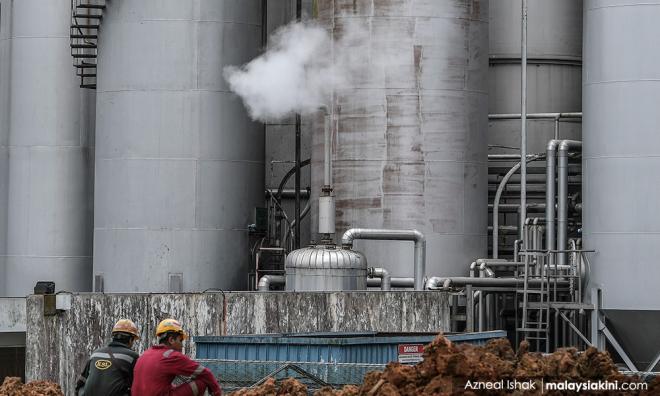 A study conducted by the International Agency for Research on Cancer (IARC) from the 1970s until present has found no evidence to link acrylonitrile to cancer.

Shaharom Nor Azian said the risk of either cancer or long-term health effects is strongly related to the level of exposure to the gas.

However, she said she was informed by the Environment Department that the level of exposure experienced by victims of the recent air pollution incident was only "occasional."

“When we look at the symptoms, they only had them for a while.

"This means that the exposure is very little, the risks of long-term health effects are very low," she said to a question from a resident during a townhall session in Johor Bahru yesterday.

Shaharom Nor Azian added that another gas detected at the site, acrolein, was categorised as "unclassified" for cancer.