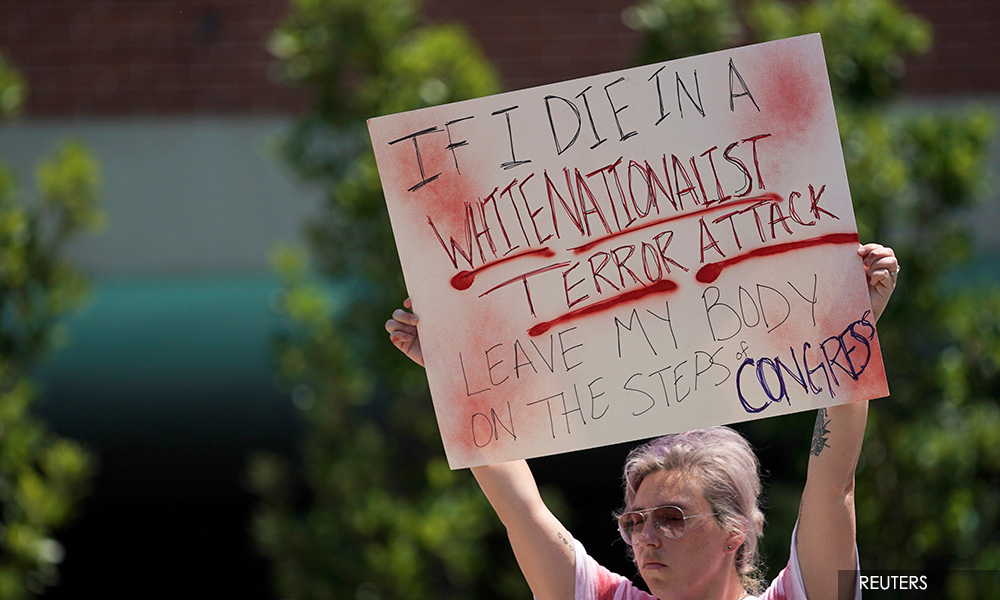 Major shootings in the US

Two mass shootings within 13 hours of each other left 20 people dead in Texas and killed nine people in Ohio, carnage that shocked a country that has become grimly accustomed to mass shootings and heightened concerns about domestic terrorism.

Las Vegas (below), Oct. 1, 2017 - A gunman opens fire on a country music festival from a 32nd-floor hotel suite, killing 58 people and wounding 564 others before taking his own life.

Virginia Tech, April 16, 2007 - A gunman slaughters 32 people and kills himself at Virginia Tech, a university in Blacksburg, Virginia.

Sandy Hook, Dec. 14, 2012 - A man fatally shoots his mother, then kills 20 children and six adults, before killing himself at Sandy Hook Elementary School in Newtown, Connecticut.

Sutherland Springs, Nov. 5, 2017 - A man thrown out of the US Air Force for beating his wife and child, fatally shoots 26 people at a rural Texas church where his in-laws worshipped before killing himself.

Killeen, Oct. 16, 1991 - A man rams his pickup truck through the plate glass door of a restaurant, then opens fire and kills 23 in the central Texas city.

San Ysidro, July 18, 1984 - A man fatally shoots 21 people and injures 19 others at a McDonald’s restaurant in a San Diego, California, suburb. He is killed by a police sniper.

El Paso, Aug. 3, 2019 - A man fatally shots 20 people at a Walmart store in El Paso, Texas. A statement, believed to have been written by the suspect, called the attack "a response to the Hispanic invasion of Texas." Authorities arrest the shooter and are treating it as a case of domestic terrorism.

San Bernardino, Dec. 2, 2015 - A husband and wife kill 14 people at a workplace holiday party in San Bernardino in Southern California before dying in a shootout with police.

Virginia Beach, May 31, 2019 - Just before his co-workers clock out for the weekend, a city engineer opens fire at a municipal building in Virginia Beach, Virginia, killing 12 people. The shooter, who had earlier in the day emailed his resignation, is killed by police.

Thousand Oaks, Nov. 7, 2018 - A former Marine combat veteran kills 12 people in a bar in Thousand Oaks, California, a suburb of Los Angeles. He then kills himself.

Fort Hood, Nov. 5, 2009 - An army major and psychiatrist opens fire at Fort Hood, a US Army base in Texas, killing 13 people. He is sentenced to death.

Austin (above), Aug. 1, 1966 - A sniper, perched in a University of Texas clock tower, unleashes 90 minutes of terror by killing 13 people, plus a fetus, and wounding more than 30 others in what is regarded as the first US mass shooting in a public space. He is fatally shot by police.

Washington, D.C., Sept. 16, 2013 - A former Navy reservist, working as a government contractor, kills 12 people at the Washington Navy Yard. He is shot dead by police.

Aurora, July 20, 2012 - A masked gunman kills 12 people and wounds 70 others after he opens fire inside a midnight premiere of Batman film “The Dark Knight Rises” at a multiplex movie theater in Aurora, Colorado (above). He receives multiple life sentences.

Columbine, April 20, 1999 - Two teenagers rampage through Columbine High School in Jefferson County, Colorado, fatally shooting 12 students and a teacher and wounding more than 20 others, before killing themselves.

Pittsburgh, Oct. 27, 2018 - A gunman bursts into the Tree of Life synagogue (above) near Pittsburgh with a semi-automatic rifle and three handguns and shouting "All Jews must die," as he fires on congregants gathered for a Sabbath service, killing 11. The suspect has pleaded not guilty and faces the death penalty.

Washington, D.C., October 2002 - Two men ambush 13 people, killing 10 of them, in sniper-style shootings that terrorize the Washington area for three weeks. One sniper was executed, and the other was sentenced to life in prison.

Dayton, Aug. 4, 2019 - A gunman dressed in body armor opens fire in downtown Dayton, Ohio, killing nine people, including his sister, and wounding 27 others. Police kill the shooter, the mayor says.

Wisconsin, Aug. 5, 2012 - A white supremacist kills six worshippers in a Sikh temple in Oak Creek, Wisconsin. The gunman kills himself.

Tucson, Jan. 8, 2011 - US Representative Gabrielle Giffords is the target of an assassination attempt by a gunman in Tucson, Arizona. Six people are killed and 13 others, including Giffords, are wounded. The shooter was sentenced to life in prison.