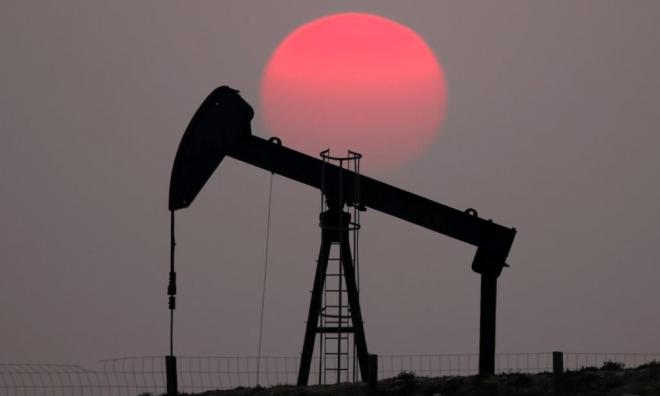 Oil prices fell on Monday on renewed global economic growth concerns after US President Donald Trump threatened to escalate a trade war with China with more tariffs, which could limit fuel demand in the world's two biggest crude consumers.

"One man, one tweet. That's all it took for oil prices to suffer their steepest daily decline in several years," PVM Oil Associates analyst Stephen Brennock said of Trump.

Both crude benchmarks fell last week, with Brent down 2.5 percent and US crude falling 1 percent, after plummeting by more than 7 percent on Thursday after Trump's tweet to the lowest level in about seven weeks.

"The scene is set for a ramped trade war between both sides. The prospect of an escalating US-China trade war will do no favours for the shaky global economic outlook."

Trump last week said he would impose a 10 percent tariff on US $300 billion of Chinese imports starting on Sept. 1 and said he could raise duties further if China's President Xi Jinping failed to move more quickly towards a trade deal.

The announcement extends US tariffs to nearly all imported Chinese products. China on Friday vowed to fight back against Trump's decision, a move that ended a month-long trade truce.

On Monday, China let the yuan tumble beyond the key 7-per-dollar level for the first time in more than a decade, in a sign Beijing may tolerate further currency weakness because of the trade dispute.

A lower yuan would raise the cost of dollar-denominated oil imports in China, the world's biggest crude oil importer.

Signs of rising oil exports from the United States also pressured prices on Monday. US shipments surged by 260,000 barrels per day (bpd) in June to a monthly record of 3.16 million bpd, US Census Bureau data showed on Friday.

The US weekly oil rig count, an indicator of future production, fell for a fifth week in a row as most independent producers cut spending, even though majors were still pushing ahead with investments in new drilling.

Iran's seizure of an Iraqi oil tanker raised some concerns about potential Middle East supply disruptions in the Gulf, with Iranian state media reporting on Sunday that its Iranian Revolutionary Guards seized the ship for smuggling fuel.