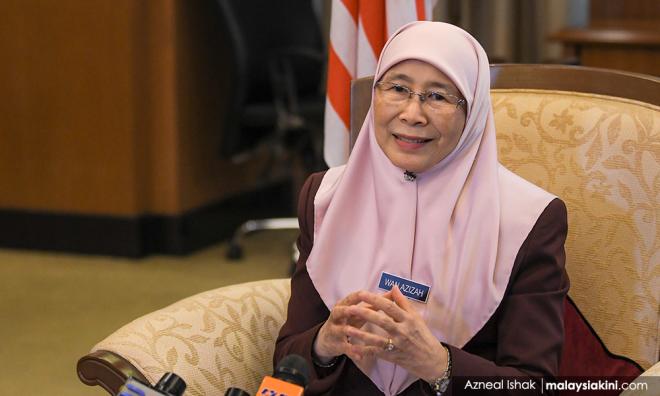 Khat an art form, nothing to do with religion - Wan Azizah

She said she is aware of the Chinese community’s concern when the government decided to introduce khat in the Bahasa Malaysia subject in Year Four next year.

“We will discuss it further, but the thing is it is an art form,” she told reporters on the issue of objection to this calligraphy writing.

Earlier, Wan Azizah launched a creative video competition on "Hentikan! Stop It!" and a questionnaire on sexual harassment in Putrajaya.

Last Saturday, Prime Minister Dr Mahathir Mohamad said the introduction of khat in the Year Four Bahasa Malaysia subject can go ahead and that the objection is only from a small segment of society.

Wan Azizah said she took note of the prime minister’s statement but will meet him for an in-depth discussion on the matter.