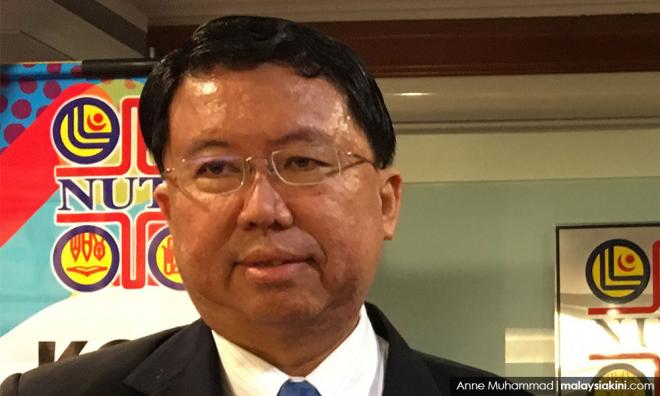 Khat is for heritage and national identity - NUTP

The National Union of Teaching Profession (NUTP) is of the opinion that the introduction of the art of khat or Jawi calligraphy is intended to inculcate the value of the Malay heritage and national identity and that issue should not be blown out of proportion to the extent of inviting controversy.

Its secretary-general Harry Tan Huat Hock (above) said the art of writing in Arabic, Chinese and Tamil were introduced and recognised by the Year One students in 2011 since the Standard Based Curriculum for Primary Schools (KSSR) was implemented.

"It is therefore inappropriate to make it an issue that invites controversy," he said in a statement today.

He said in 2015 the art of khat was introduced in the Year 5 Bahasa Malaysia for Sekolah Kebangsaan under the theme "Appreciating the Culture of the Nation".

"This is the year for the KSSR Year 4 revision, so professionals need to have discussions and find ways so that learning khat will not burden the students. We want to foster a beautiful writing style by 2020," he said in a statement in Kuala Lumpur today.

The Education Ministry's proposal to introduce khat in the school curriculum generated a variety of reactions, but the ministry insisted that the introduction of khat writing in the Year Four Bahasa Malaysia curriculum in the vernacular schools would be implemented next year as scheduled.

The proposal was also welcomed by Prime Minister Dr Mahathir Mohamad who described the protest only involved a small portion of the community.