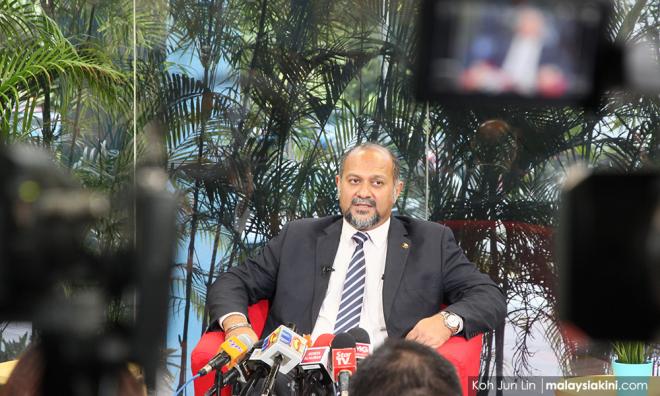 Shutdown of analogue TV to be announced today

Another milestone will be recorded in the nations’ broadcast industry today with the announcement of the gradual shutdown of analogue television to allow consumers to fully switch to MyFreeview digital services.

The historic announcement will be made by Communications and Multimedia Minister Gobind Singh Deo at the Langkawi Civil Defence Force (APM) Complex.

Gobind will also be gauging the success of the migration process from analogue to digital, which is into its second week.

During his visit, the minister will visit Kampung Padang Lalang internet centre in Ayer Hangat, before checking on the Analogue Switch Off (ASO) operations room at the Langkawi APM Complex.

ASO refers to the complete shutdown of television broadcasting services, provided for free by RTM since 1963 and TV3 since 1984, using analogue technology.

Langkawi residents have begun moving towards digital TV broadcast since July 21, after the analogue TV transmission from Gunung Raya was shut down and replaced by MyFreeview digital broadcasting coverage, which offers better broadcast quality.

Langkawi was chosen as the first zone in the country to cease analogue TV because the island has a robust digital TV ecosystem, where digital TV coverage is comprehensive.

Malaysia is the third country in Southeast Asia to shut down analogue broadcasting, after Brunei in 2017 and Singapore in January this year.