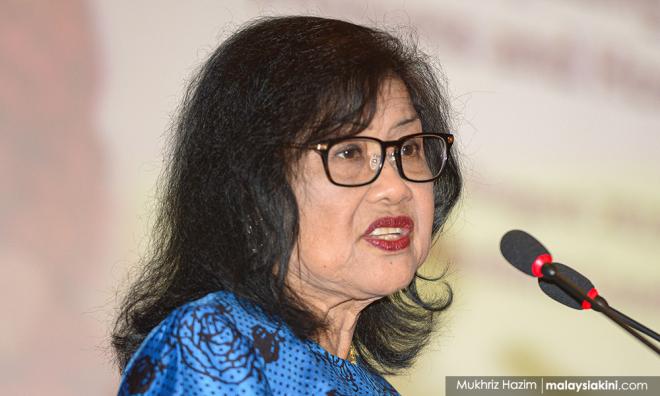 Speaking at the Perdana Leadership Foundation in Putrajaya today, the former minister said she had even sent Education Minister Maszlee Malik a text message on her objections.

"(Just introduce it) as an elective subject. Those who don't want to take, never mind," she said.

"When you force everyone to do calligraphy, I would be the first one to fail. I challenge you, you will fail calligraphy," she said.

"Artistic right, like anything else, is a talent. We don't need that kind of talent to be incorporated as a must-do part of our curriculum in schools.

"I just texted Maszlee to say, is it not better not to do it as a subject?"

Last month, the Education Ministry explained that it would proceed with the introduction of khat in schools, stating that up to six pages would be included in Bahasa Malaysia textbooks.

However, it has repeatedly assured that students will not be assessed nor tested on khat.

The ministry emphasised that the move is to foster an appreciation for beautiful writing and is not about learning the Jawi script, the traditional form of writing for Bahasa Malaysia.

KiniGuide: How much 'khat' is in the BM syllabus and other questions answered

Even so, the move raised objections from DAP grassroots as well as Chinese and Tamil education groups, which questioned the motive behind the introduction of Jawi script in vernacular schools.

According to Rafidah, it is better to learn a language than calligraphy.

"Literacy is not in writing calligraphy, but learning the language in school. The education system is overloaded by all kinds of nonsense," she said.

When met later, Rafidah said she would welcome the idea if the government makes khat an elective subject.

“Khat is not a necessity. If it’s an elective, I welcome it, as it has nothing to do with language."

Rafidah said it was a "silly thing" to introduce khat, as students have enough problems dealing with other subjects.