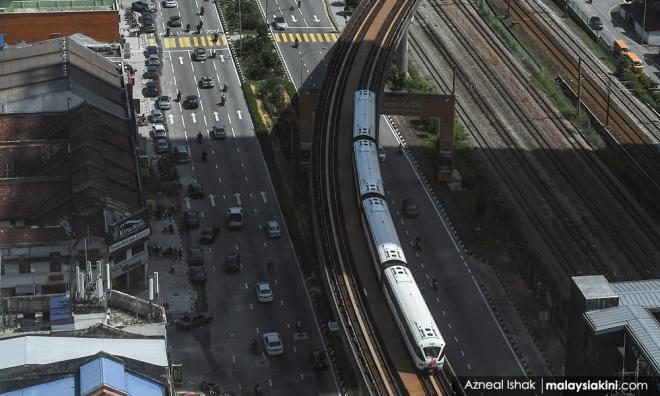 COMMENT | A fully-integrated public transport system based on the modification of the Halcrow Plan can be implemented at less than RM10 billion in place of the overblown RM46 billion Penang Transport Master Plan (PTMP).

Replacing LRT with ART to save RM9b

The NGO Penang Forum consistently demands and fully supports a good public transport system. The main question is, is the LRT system the right choice?

After a townhall meeting in September 2018, where Penang Forum suggested that the Penang government explore replacing the LRT with autonomous rail transit (ART), the government sent a delegation to China in early 2019 to study its ART system.

To date, the public has been kept in the dark as to the findings of this study mission.

We propose that the government should at the least give the public an account of the objectives of such trips, what was learned and adopted, what was not and why. What was the cost? We await their report.

Meanwhile, the Sarawak government also sent a delegation to study the ART and has announced its intention of adopting this new technology.

Nevertheless, scholars have also visited China to study the ART. Among the most prominent is Peter Newman, who won the 2018 Western Australia Scientist of the Year award, and who has studied train systems for over 40 years.

Newman had this to say: “I went to China to check out the CRRC trackless tram (ART). I came back convinced it’s a transformative transit technology.”

The ART is cheaper, with researchers estimating construction costs at A$6 million (RM16.9 million) to A$8 million (RM22.5 million) per kilometre for each set of three cars plus a station.

This is a fraction of the LRT, which costs at least A$50 million (RM140.9 million) per kilometre. Penang’s LRT is estimated to cost RM220 million per kilometre, i.e., 10 times more expensive than an ART.

The ART is better, more flexible and with the same, if not higher, carrying capacity. The standard ART system is three carriages that can carry 300 people. It can take five carriages and 500 people if needed.

ART is much faster to install since no tracks are needed. It operates on an autonomous optical guidance system with GPS and Lidar technologies along invisible tracks.

Trackless trams avoid the worst features of LRT – disruption and cost. It would take an estimated to take six to seven years to build the Penang LRT, causing major disruptions in the state.

According to Newman, ART lines can be painted literally over a weekend. It takes a few months to build the stations, not six years. Prefabricated stations can be installed.

ART can travel quickly and smoothly. Newman was on an ART, and witnessed kids running up and down the tram aisle while it was going at 70 km/h.

Australia is studying new ways of financing the ART, with private investors paying for land along the route, road preparations, construction of tram carriages, and even operations in that corridor.

In Penang, the Bayan Lepas-FTZ area is densely populated. ART corridors will benefit the private sector.

In this regard, Penang can explore joint ventures with private investors to determine the stations and route, build and operate the ART system.

“This allows for more efficient use of the infrastructure, new sources of funding, a reduction in car dependency, and increase in economic growth and productivity,” says research assistant Sebastian Davies-Slate.

The table below compares the strengths and weakness of BRT, LRT and ART. Without doubt, the ART comes up on top.

Penang has a small but strong bus building industry. Given that the ART technology is a cross between tram and bus, Penang should explore with China possibility of technology transfer.

In light of all the above, the Penang government must justify why it is choosing the RM9.6 billion LRT over technology that is better, cheaper and faster. It cannot hide behind the excuse that LRT is elevated and does not take road space.

A better, cheaper alternative to the RM46 billion PTMP
6 Aug 2019
LRT is the way forward for Penang to reduce road congestion - Azmin
2 Aug 2019
How RM46b can transform Penang into a Silk Road Gateway
1 Aug 2019
LRT the most suitable public transport option for Penang
31 Jul 2019