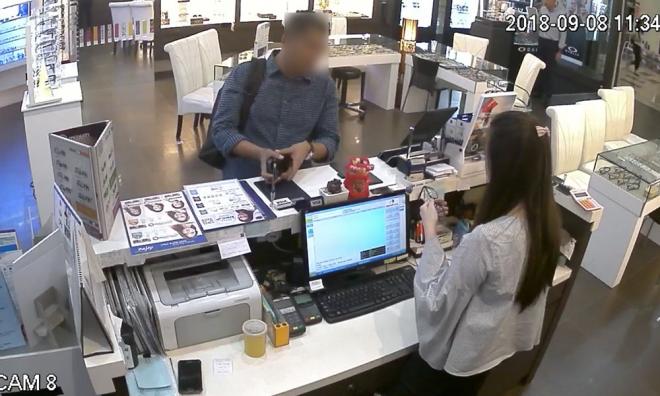 Deputy minister's ex-aide to be charged over upskirt video

Deputy Home Minister Mohd Azis Jamman today confirmed that a former aide accused of taking an upskirt video of a woman with his smartphone will be charged in court.

According to a report in Free Malaysia Today, Azis said he was told that the investigation papers have been handed over to the Attorney-General's Chambers for further action.

"I was told he would be charged. So we will wait. It is up to the AGC," he said.

He had accompanied Azis to an optometry shop at Solaris Dutamas, Kuala Lumpur on Sept 8 last year, and allegedly recorded an upskirt video of a worker there.

According to a police report, the 30-year-old woman said she was conducting an eye check on Azis (photo) when a man approached her from behind in a suspicious manner.

"I felt uncomfortable with the man's actions. When I was about to turn to the screen beside me, I noticed the man was holding a mobile phone and recording," she said.

The woman added that after she checked the shop's CCTV, she found the man had been recording images from underneath her skirt.

Based on the recording, which was circulated on social media at the time, Azis appeared occupied as the worker attended to him.

The man then shifted from his seat to another nearer the worker, and held his smartphone under her skirt.

The victim lodging her police report at the Sentul police headquarters on the day of the incident.

Azis subsequently sacked his aide over the matter.