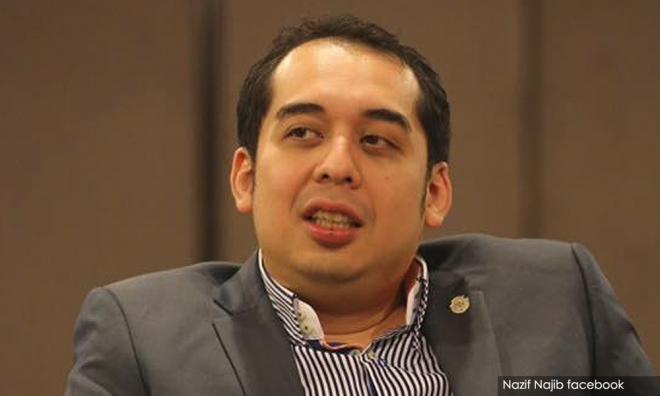 On the heels of Putrajaya seeking to recoup RM1.69 billion in unpaid taxes from former premier Najib Abdul Razak, his son Mohd Nazifuddin Mohd Najib has become the target of a RM37.6 million tax suit.

According to the writ of summons sighted by Malaysiakini, the lawsuit against the 36-year-old businessperson was filed by the Inland Revenue Board on behalf of the government at the Kuala Lumpur High Court Registry on July 24.

He was hit with 10 percent on the total due to his alleged failure to pay the back taxes within 30 days of receiving the assessment notice at the LHDN office at Kuala Lumpur on March 18.

For failing to pay up within 60 days, the defendant was slapped with a further five percent hike, bringing the total to RM37,644,810.73.

The government is also seeking five percent annual interest on the total from the date of judgment to the date of settlement, as well as costs and any other relief deemed fit by the court.

According to the website of the Federal Court Chief Registrar's Office, the matter came up for e-Review case management before Kuala Lumpur High Court deputy registrar Normaizan Rahim this morning.

Under e-Review, parties conduct the case management through a form of teleconferencing and need not come to court.