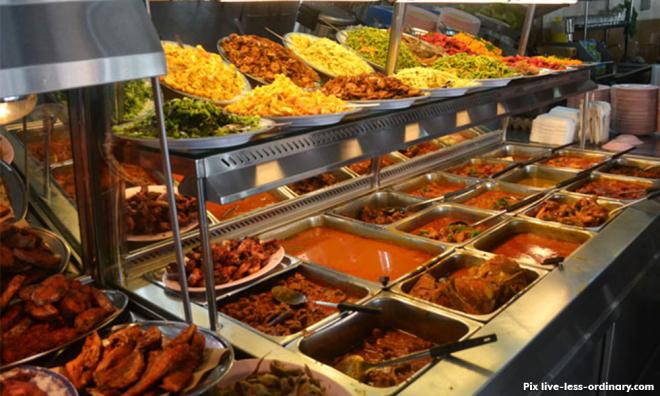 New thinking needed to bring down the cost of food

COMMENT | Many years ago, I attended a luncheon with Pua Khein-Seng, one of the founders of the USB drive. Pua told us that Malaysia must make the cost of doing business cheaper and the cost of living lower.

He pointed out that Taiwan, where his company is now based, can get quality food at cheaper prices than in Malaysia. His employees thought that the price of food here was expensive, although we had a lower cost of living.

I was surprised at that time. Taiwan has 24 million population with a landmass of Pahang and Perlis put together.

Yesterday, the Malaysia Competition Commission released a report on the food sector. Among their findings, they found that market inefficiencies are the main reasons why food prices are high.

MyCC pointed out the price difference of kembong from jetty fishermen to retail price can go up to as high as six times. This is glaring.

The fact is that fishermen and farmers remain poor. Soaring food prices do not benefit them.

They do the hard work of cultivation, risk their lives in the rough sea, but the middlemen reap the profits and other market inefficiencies caused the cost price to soar higher.

This is a long-standing issue that transcends many decades across many administrations. Blaming any one ministry will not solve the problem.

The Pakatan Harapan government has made this one of its main campaign agendas. Piecemeal solutions from one agency or ministry cannot resolve this structural problem, it needs an all-government approach.

First, we must address the supply side of the food sector. Malaysians imported RM52 billion of agriculture and food products in 2017. The import bill is too high because Malaysians produce very little agro-food products.

The past policies of the government were to alleviate poverty in rural areas, therefore, it introduced commodities like palm oil and rubber for smallholders to increase their income.

As a result, out of eight million hectares of agricultural land, six million were planted with palm oil, and over one million with rubber.

Less than one million hectares or a mere 12 percent of land is for agro-food cultivation. As a result, we don't have enough land for food crops such as rice, vegetables, fruits and land for poultry farms and ruminants.

We need to increase the supply of food for our country. We must increase land allocations for the agro-food sector.

More class A land (fertile and flat land) must be given to farmers to cultivate food to feed the nation. With more food supply, prices will drop.

Secondly, we need to address market inefficiencies and manipulations. The market is manipulated because there are middlemen who have secured food produce from farmers and fishermen on a long-term basis.

The farmers and fishermen are willing to supply to middlemen because they don't have clear alternatives that offer higher prices. To break this market manipulation, we need to rely on technology.

Malaysia must rely on the digital economy to break this multi-layered middlemen trap. We must start changing our way of buying things by doing it online. If you follow closely, there are already many fishermen who sell their fish online directly to consumers.

I have followed many Facebook Live fish and seafood auction sessions which sell fresh fish directly every day. It is fascinating, and it means technology can disrupt old monopolies and make the market work more efficiently.

By buying fish and agriculture produce online, consumers can get cheaper prices, the farmers can make better profits and it creates new jobs for logistics companies.

It will also revive rural economies because farmers can earn a better living, and new logistics jobs will be created in rural areas.

Thirdly, the government can also look into setting up agricultural auction centers. We can learn from many developed countries such as Japan, Netherlands and Taiwan who set up seafood, vegetable and fruit auction centres. Netherlands even has the world's largest flower auction centre called Bloemenveiling Aalsmeer.

An auction system is transparent and done digitally. Transparency and market forces will ensure no excessive profiteering.

This will be fair to farmers as well as consumers. Farmers can sell at a better price and consumers can buy at a cheaper price.

I am glad that the debate on the cost of food prices came out yesterday.

This is the real issue that the government must focus on, rather than distracted by racial and religion issues played up by the opposition.