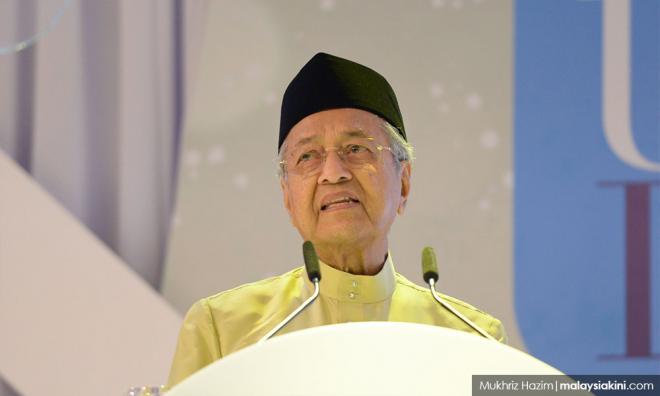 Malaysian Prime Minister Dr Mahathir Mohamad has expressed the fear that the Malaysian leadership transition issue, when raised often, can create a sense of uncertainty in the country.

He said he has repeatedly said that the transition will take place.

“If we are too obsessed with talking about the transition, many people will get a feeling of uncertainty - what happens when the change takes place?” he told Malaysian journalists today after concluding his two-day working visit to Fukuoka, Japan.

According to an understanding worked out by the ruling Pakatan Harapan coalition before it assumed power last year, Mahathir is to step down as the prime minister after two or three years for PKR president Anwar Ibrahim to succeed him.

Most recently, three NGOs urged Mahathir to hand over the post to Anwar by May 9, 2021, three years after the PH has been the federal government. The NGOs are the Coalition for Clean and Fair Elections (Bersih 2.0), Malaysian Islamic Youth Movement (Abim) and Gabungan Bertindak Malaysia (GBM).

Mahathir said that when he stepped down previously, with the hope that his successor will continue the policies that have made the country successful, the individual who took over changed the policies.

“Now, when they (the people) hear that there is going to be a change, they will get worried. The fear is that all the policies will be changed,” he said.

Mahathir said he does not think that his successor will change all the policies.

“There may be some changes, approaches, but generally I think there is no other way to govern Malaysia than how we have done so for so long, which has brought us success,” he said.

Asked whether Anwar has stated the possibility of a policy change at their meetings, Mahathir said Anwar expressed support for him.

“I don’t think he (Anwar) will change (the policies). There should not be a sense of uncertainty,” he said.

Asked to comment on the statement by Najib Abdul Razak that he had misinterpreted the line ‘Cash is king’ often associated with the former prime minister, Mahathir laughed and said: “This Najib is fantastic; he’s saying the meaning is different. But why did he not say this before.”

Najib had reportedly said he did not use ‘cash is king’ by its literal meaning but that the people are king and that’s why the cash is used to help the people.

Mahathir said that if the people are king, then Najib should have taken care of the people and not by giving money.

“When he is trapped, when he finds he cannot say anything, he says that’s not what he meant. He says something else. (He says) Dr Mahathir is mean, he changed the meaning,” he said.