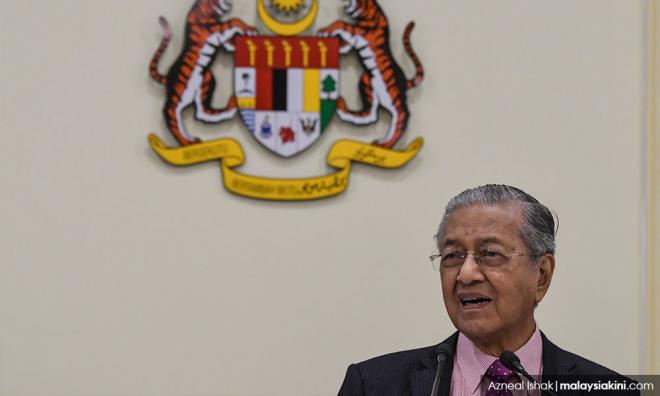 Malaysia cannot force Lynas Corp to leave Malaysia after having invited it to invest in the country just because some people do not want to accept expert studies, said Dr Mahathir Mohamad.

The prime minister said the company had invested more than RM1 billion on its operations in Malaysia, but the processing of the rare earth minerals is said to produce radioactive waste.

“We invite them (to invest) and then we kick them out. Others will say the country made a promise but, when there is a problem we kick them out... we cannot do that,” he told Malaysian reporters when concluding his two-day visit to Fukuoka on Thursday.

"Because there are some (investors) whom we do not like... we ask them (investors) to leave. Who (investors) would want to come, they must have certainty,” he said.

Mahathir said if the radioactive waste was dangerous, Lynas' 600 local engineers would have fallen sick.

"The report was made by experts but there are quarters who do not accept the experts’ decision. This poses a problem if we ask the experts to make the study, but we reject it.

"What is the purpose of asking the experts to make the study?” he asked.

In addition to losing investment, hundreds of local workers would also lose their jobs if Lynas were to be closed, he said.

“The 600 workers there are our people, they are not afraid, they ask (the operations) to be continued."

environment
lynas
dr mahathir mohamad
australia
Related Reports
Harapan MPs with integrity should resign if Lynas stays
a year ago
Wong Tack, Fuziah should resign if they’ve dignity - Najib
a year ago
Loke dismisses allegation that PM out to split Chinese with khat
a year ago
Gov't plans to extend licence for Lynas - sources
a year ago